US life expectancy climbs for the first time in 4 years 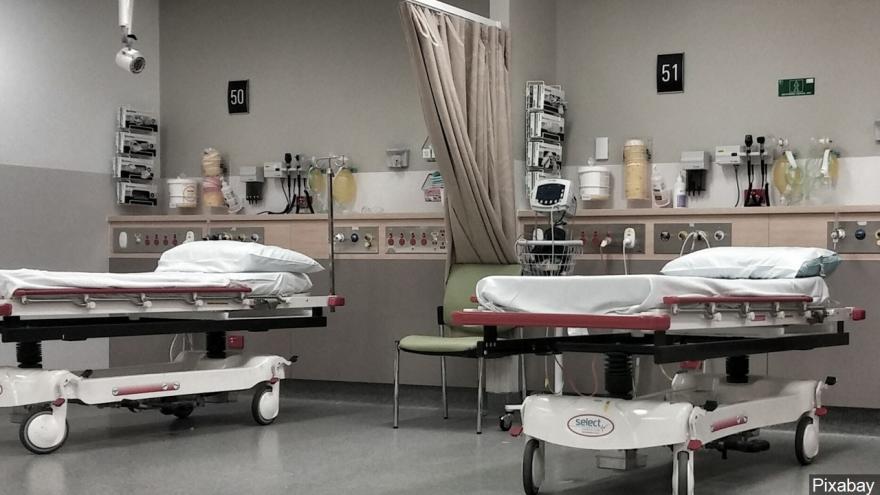 (CNN) -- Life expectancy in the United States edged up for the first time in four years as the number of fatal drug overdoses and six of the 10 leading causes of death declined, according to two new government reports from the US Centers for Disease Control and Prevention's National Center for Health Statistics.

"We tried to determine why the life expectancy increased and we can actually break it down by what causes of death contributed the most to the increase," said study author Kenneth Kochanek, a researcher at the NCHS in Hyattsville, Maryland.

The new mortality report, based on death certificate data from the National Vital Statistics System, found the 10 leading causes of death in 2017 remained the same in 2018:

The top 10 leading causes of death accounted for 73.8% of all deaths in the United States in 2018, the most recent year for which data was available.

The report also found that, from 2017 to 2018, death rates increased for two causes of death, rising by 4.2% for influenza and pneumonia and 1.4% for suicide. Rates for diabetes and kidney disease did not change significantly, according to the report.

The new statistics also revealed differences in death rates according to age.

The data showed that death rates for ages 35 to 44 and 55 to 64 did not change significantly.

"We have the increase in life expectancy. We have six of the 10 leading causes of death showing decreases, the overdose report showing a decrease in drug overdose deaths and infant mortality going down also," he said. "We're giving positive news right now."

The states with the highest drug overdose death rates

When examining the data by state, the report found that the states with the highest rates of drug overdose deaths in 2018 were:

According to the report, the states with the lowest drug overdose death rates in 2018 were:

A decline in drug overdose deaths in 2018 were likely "a big part" of the uptick in life expectancy that year, "but it was also coupled with the fact that we had improvements in cancer deaths and, in particular, cardiovascular mortality, which have been falling," said Dr. Georges Benjamin, executive director of the American Public Health Association in Washington, DC. Benjamin was not involved in the new mortality reports.

He added that, in some ways, those leading causes of deaths are interlinked.

"In particular, tobacco drives cardiovascular disease and cancer, and obesity is a driving factor as well," Benjamin said, adding that if life expectancy trends continue to improve then it suggests that some of the work being done to tackle the nation's leading causes of death -- such as heart disease and cancer -- is proving successful.

"What we do see is almost across the board some slight improvement in mortality," he said. "I'm cautiously optimistic, but after having had four years of a decline in life expectancy, I worry about whether or not this is just a blip."

After decades of increases, life expectancy in the United States plateaued after 2010, then began to fall in 2014 and had been declining since, with some experts pointing to drug overdose deaths and suicides as drivers of the downturn.

Now, "after years of plateauing and declining US life expectancy, this one-year uptick is certainly welcome news. However, we need much more detailed evaluation over time to judge whether declining trends are truly being reversed in a sustained fashion," said Dr. Howard Koh, a professor of public health leadership at the Harvard T.H. Chan School of Public Health and the Harvard Kennedy School in Boston, who was not involved in the new mortality reports.

Specifically, he said that more research is needed to determine whether the improved life expectancy in the United States impacts broad populations across the country or specific demographics.

The overall decline in drug overdose deaths "is notable and must continue," Koh said.

He added that the decline reflects the impact of various factors, including the increasing availability of the medication naloxone, which can reverse an opioid overdose, and the greater attention to treatment and care as a part of public health.

"However, rising deaths from synthetic opioids -- as well as from cocaine and methamphetamine -- represent the next disturbing wave of the nation's ongoing substance use challenge," Koh said.

'Progress in health is very much possible'

The new data represent something "important" for Dr. Joshua Sharfstein, the director of the Bloomberg American Health Initiative at Johns Hopkins Bloomberg School of Public Health in Baltimore, who was not involved in the new mortality reports.

"It shows that progress in health is very much possible," he said.

When it comes to the drop in drug overdose deaths, "since 2014, most states have expanded their Medicaid program, allowing millions of people to access addiction treatment. In 2016, the federal government began to send additional funds to states for a wide range of services," Sharfstein said.

"These investments are starting to show some results in some areas, but death rates are still far higher than they were just a few years ago," he said. "Most people with opioid addiction still do not have access to harm reduction services or the most effective forms of treatment. Our attitude should be that we're just starting this fight, we have a lot more to do, and we won't stop until the epidemic has receded."