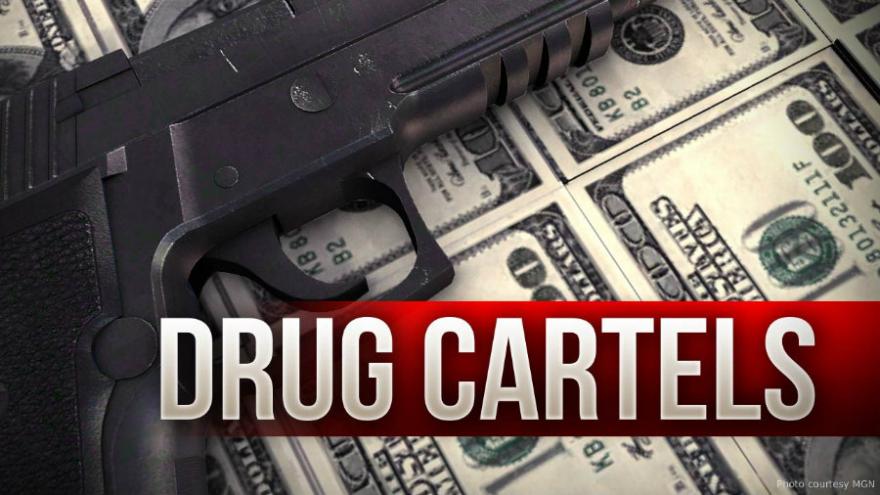 CHICAGO (AP) — U.S. Drug Enforcement Administration officials unveiled some additional strategies in combating Mexican drug cartels Wednesday in Chicago alongside members of the Mexican government, military and federal police, who said one priority was to capture the leader of the increasingly powerful Jalisco New Generation Cartel.

A joint news conference with the officials side by side was a display of bilateral cooperation amid ongoing tensions over President Donald Trump's trade and immigration policies, including over his vow to build a wall along the nearly 2,000-mile (3,218-kilometer) U.S.-Mexican border.

The new plans include putting greater emphasis on attacking cartels' financial infrastructure and calling for a new enforcement group based in Chicago that will concentrate on international investigations of cartels. But they don't include major departures from how both countries have gone after cartels for years.

The targeting of cartel drug lords will remain a core component of bids to disrupt the powerful syndicates, for instance. The biggest trophy in the long-standing kingpin strategy was Sinaloa Cartel leader Joaquin "El Chapo" Guzman, extradited to New York in 2017 to face U.S. trafficking charges.

Among the cartels cutting into Sinaloa's drug-market share is the Jalisco New Generation Cartel, or CJNG, led by Nemesio Oseguera Cervantes, also known as "El Mencho." The cartel once shot down a Mexican military helicopter with a rocket launcher.

Last year, a DEA drug-threat report called CJNG "one of the most powerful and fastest growing (cartels) in Mexico and the United States." It said the cartel's primary product is methamphetamine, with main U.S. distribution hubs in Los Angeles, New York, and Atlanta.

At Wednesday's news conference, Felipe De Jesus Munoz Vazquez, a Mexico's deputy attorney general, said "one priority is the capture of the head of the CJNG." Also Wednesday, officials in Mexico announced a 30 million peso ($1.6 million) reward for the capture of Cervantes.

Matthew G. Donahue, director for the DEA's North and Central American Region, told the AP Tuesday that the U.S. wants to rely more on changes in the Mexican legal system in recent years designed to make evidence gathering and prosecutions more efficient.

"That's what we're really trying to push — the cooperation that we currently have with Mexico to be a little more efficient, a little bit more aggressive," Donahue said.

In turn, he said the U.S. intends to do more to help stem the flow of guns into Mexico that contributes to deadly violence in the country. Donahue said around 31,000 people were killed in Mexico last year, a record for a single year.

Some cartel experts say they don't believe tensions on the presidential level between the two nations have undermined cooperation in the fight against traffickers on the law-enforcement level.

"At the working level, there is a history of working together," said Scott Stewart, vice president of tactical analysis for Texas-based intelligence firm Stratfor. "It is not impacted by the political rhetoric."

A 2018 report by the University of San Diego's Justice in Mexico said Guzman's takedown "dramatically reshaped the landscape of Mexican organized crime," including by clearing the way for the rise of CJNG. It added the cartel's 52-year-old leader "has a reputation as a ruthless killer." He migrated to the U.S. in the 1980s and was deported back to Mexico after a trafficking conviction.

The same report urged policymakers not to rely as much on a strategy of going after kingpins and extraditing them to the U.S., saying it often had a "hydra-effect," in which a new series of drug lords emerge and without reducing the overall menace of cartels.

But the DEA gave no indication either it or the Mexicans were inclined to depart from that strategy. Donahue said in his Tuesday interview that the U.S. and Mexico will "always go after the top dog" in a cartel, though he also said law enforcement would "always go after the entire organization."

Large hierarchical cartels "led by hard-to-capture cartel kingpins," it said, are being "replaced by flatter, more nimble organizations that tend to be loosely networked." The report said cartels are also diversifying their criminal operations to include kidnapping, prostitution, extortion and even software piracy.

Writer Peter Orsi in Mexico City contributed to this article.