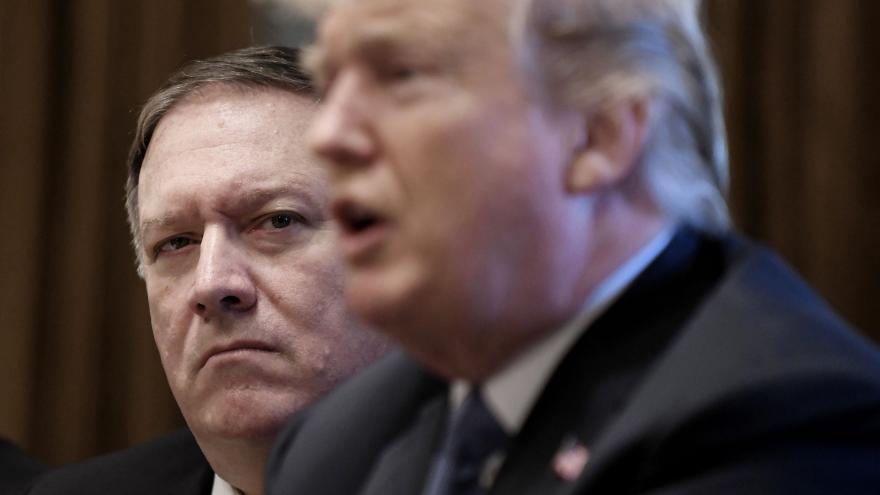 (CNN) -- A Venezuelan fighter aircraft recently made an "unsafe approach" to a US Navy aircraft flying in international airspace, "endangering the safety of the crew and jeopardizing" the aircraft's mission, the US military said Sunday.

The incident, which occurred on Friday, involved a "Russian-made" SU-30 Flanker Venezuelan fighter aircraft and a US Navy EP-3 Aries II aircraft conducting a "detection and monitoring" mission, US Southern Command said in a statement. In a Sunday tweet, the Southern Command said the incident happened in international airspace over the Caribbean Sea.

"After reviewing video documentation, we have determined the Russian-made fighter aggressively shadowed the EP-3 at an unsafe distance in international airspace for a prolonged period of time, endangering the safety of the crew and jeopardizing the EP-3 mission," the statement read.

Venezuela's military weighed in Sunday, denouncing the US aircraft for violating "security of air operations and international treaties."

The military reported that Venezuelan strategic high command "proceeded to intercept the aircraft through two airplanes of the Bolivarian Air Force with the intention of applying the international protocols established by the International Civil Aviation Organization (ICAO). As the US aircraft did not comply with such protocols, it was forced to vacate (the Venezuelan airspace)."

The incident comes several months after Venezuelan President Nicolas Maduro became engaged in a power struggle with opposition leader and self-declared interim president of Venezuela Juan Guaido, who the US has thrown support behind.

Southern Command said in its statement that the "Maduro regime continues to undermine internationally-recognized laws and demonstrate its contempt for international agreements authorizing the U.S. and other nations to safely conduct flights in international airspace."

"Despite the Venezuelan people's suffering, his nation's vital infrastructure crumbling, and children starving, Maduro chooses to use his country's precious resources to engage in unprovoked and unjustified acts," the Southern Command said.

According to Venezuela, more than 76 US aircraft have attempted to enter Venezuelan airspace in 2019.

Last month, a Russian aircraft intercepted a US aircraft flying in international airspace over the Mediterranean Sea three times in just under three hours. And in May, the US intercepted two Russian bombers and fighter jets off the coast of Alaska over the course of two days.