US military vehicles cross into Syria on Saturday 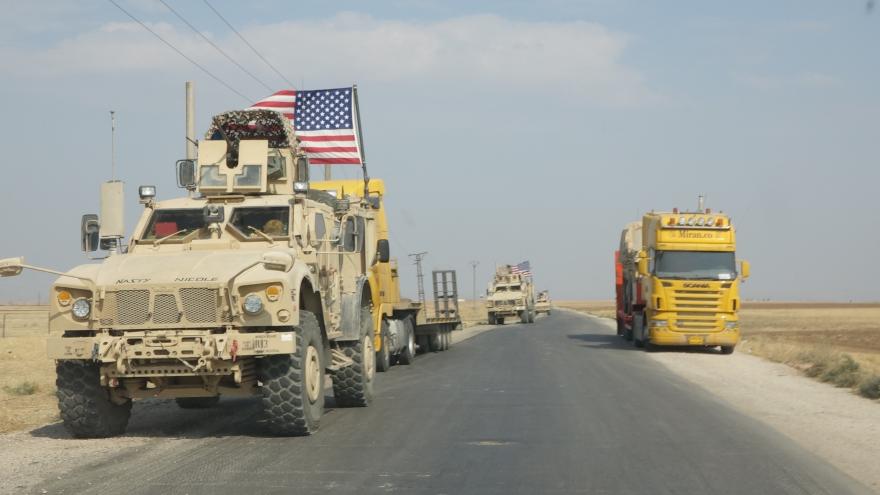 (CNN) -- A convoy of about 18 US military vehicles departed northern Iraq and headed into Syria on Saturday morning, rumbling through Rmeilan town, past Qamishli and toward the interior of the war-torn country.

CNN video shows a group of American armored vehicles and trucks on the road near Rmeilan. Syrian Democratic Forces fighters and a KRG border official confirmed the US military crossing earlier in the day.

The Pentagon declined to give an official comment on troop movements, citing security reasons.

The move comes a day after US Defense Secretary Mark Esper, speaking at NATO headquarters in Brussels, said United States forces in Syria are "now taking some actions" to strengthen their position in the Deir Ezzor region in eastern Syria to prevent ISIS from taking control of oil facilities there and that will include some "mechanized forces."

The US was taking the action to "ensure that we can deny ISIS access to the oil fields," Esper said. "Because we want to make sure they do not have access to the resources that may allow them to strike within the region, to strike Europe, to strike the United States."

President Donald Trump had tweeted earlier Thursday the US would continue securing oil fields in Syria.