US Navy veteran detained in Iran has been released 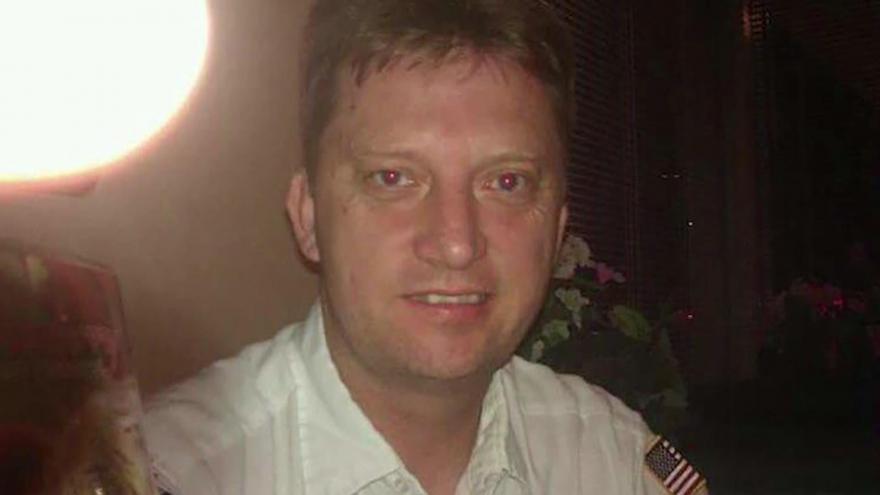 Michael White, an American detained in Iran, was released on Thursday after more than a year in custody, according to White's mother and a person familiar with the negotiations. **Credit: Free Michael White Campaign/Joanna White**

(CNN) -- Michael White, an American detained in Iran, was released on Thursday after more than a year in custody, according to White's mother and a person familiar with the negotiations.

White, a US Navy veteran, traveled to Iran in July 2018. In January 2019, the Iranian government confirmed that White had been arrested in the city of Mashhad "a while ago." The State Department said he had been detained since 2018 and was serving a 13-year sentence.

Michael White's mother, Joanne White, confirmed in a statement that her son has been freed.

"For the past 683 days my son, Michael, has been held hostage in Iran by the IRGC and I have been living a nightmare. I am blessed to announce that the nightmare is over, and my son is safely on his way home," she said.

"We understand there is great interest in Michael's story. In time, Michael will tell it himself, his way," Joanne White said, asking for privacy.

Joanne White offered her prayers to the families of the Americans who remain detained in Iran.

The State Department has not commented on his release.

As coronavirus swept the globe, Secretary of State Mike Pompeo called for Iran to release Americans who are being wrongfully detained and warned that the US would hold Tehran responsible if any of them died from the coronavirus.

"Our response will be decisive," Pompeo warned in a statement in March.

White, whose family said he has underlying medical conditions, was released into Swiss custody on medical furlough in March. He was admitted to the hospital later that month with COVID-related symptoms. He remained out on furlough at the time of his release to the US.

White's release came shortly after an Iranian scientist was returned to the country after being detained by US Immigration and Customs Enforcement (ICE).

Dr. Sirous Asgari was taken into custody for "circumventing US trade sanctions" and acquitted in 2019 by a US court, Iranian state news agency IRNA reported. He was later detained by ICE, according to IRNA.

US officials denied that Asgari's return to Iran was part of a prisoner exchange for White.

"The United States has tried to deport Sirous Asgari since December 2019, but the Iranian government repeatedly has held up the process. As the Iranian Ministry of Foreign Affairs confirmed today, Mr. Asgari is not and has never been a participant in any prisoner swap with Iran," State Department spokesperson Morgan Ortagus said earlier this week.