US officials push ahead on tariff plan as Mexico talks continue 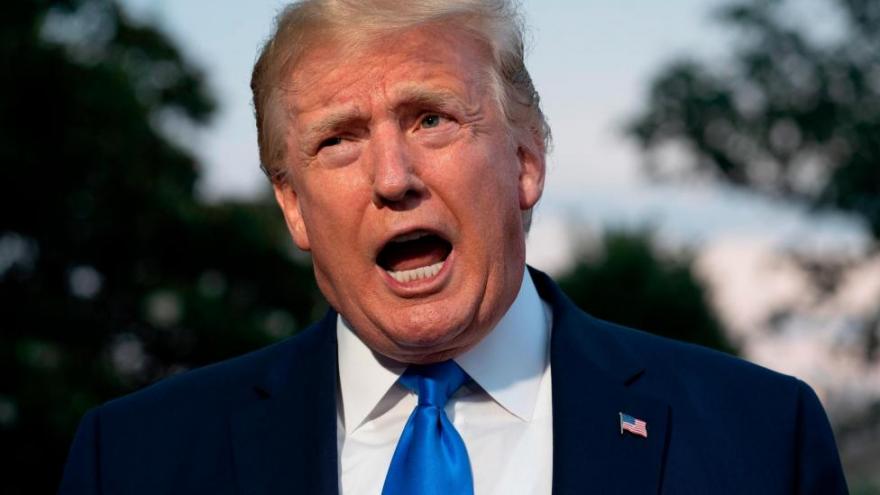 White House press secretary Sarah Sanders said late Thursday afternoon that the US is still moving forward with tariffs on Mexico, following a day of continued negotiations between high-ranking US officials and their Mexican counterparts.

(CNN) -- US and Mexican officials continued to negotiate into Thursday evening in hopes of reaching a deal on immigration enforcement to avert President Donald Trump's threatened tariffs on Mexican imports.

But the window is quickly closing.

Trump, who was still abroad following D-Day commemorations, faces a Friday deadline to sign an executive order to ensure the tariffs go into effect by Monday, his deadline for Mexico to meet his immigration demands or face a 5% tariff on all exports to the US.

White House press secretary Sarah Sanders said in a late Thursday afternoon statement that the US "position has not changed, and we are still moving forward with tariffs at this time."

"The President announced 5% tariffs would be imposed on Monday on all goods coming from Mexico. That's the policy of the United States," Pence said. "The President said what he means and he means what he says."

The comments came amid reports that the two sides were nearing a deal to avert the tariffs, ratcheting up the pressure on Mexico to accede to Trump's demands -- though US officials, hoping to avoid a standoff with Republican lawmakers and the potential for economic disruption, were also eager to reach an agreement.

Another senior administration official said they want the Mexican government to implement the proposed changes immediately.

Whether the two sides can reach a deal before the tariffs are in motion will entirely depend on Trump, who signaled this week he was "more likely" than not impose the tariffs. And though he's faced blowback from Senate Republicans, the President appeared emboldened this week by the top Senate Democrats' suggestion that Trump wouldn't follow through, tweeting: "No bluff!"

Trump, who on Thursday traveled from his private golf course in Ireland to France and back, has been receiving regular updates on the status of the discussions in Washington and is weighing in on the negotiations, the officials said.

One big factor the administration is looking at now is the procedural deadlines required to put the tariffs into effect.

The narrow window for a deal to be struck -- barring Trump agreeing to postpone the tariffs, which one official said was "possible" -- is growing narrower by the hour. And while negotiators appeared increasingly optimistic that a deal would be struck, late Thursday it still appeared likely that the first round of tariffs, at least, would land first.

"With the closing window we're in, it's very possible a deal will be reached but not before some tariffs go into effect," the official said.

The official added that Trump is "very committed" to moving forward with the tariffs, telling his negotiators to convey in their meetings that he is "dead serious" about imposing the tariffs.

Several meetings between US and Mexican officials took place on Thursday, with the Mexican foreign minister holding discussions at the State Department while Mexican government attorneys met separately with officials in the White House counsel's office.

The Mexican Foreign Ministry spokesman Roberto Velasco Alvarez made clear his government was still in search of a deal, but that a gap between the two sides remains.

"We continue exploring options to tend to the growing number of undocumented migrants that cross through Mexico," Velasco Alvarez tweeted. "The US' stance is focused on the measures of migration control, ours is in development. We have not reached an accord but continue negotiating."