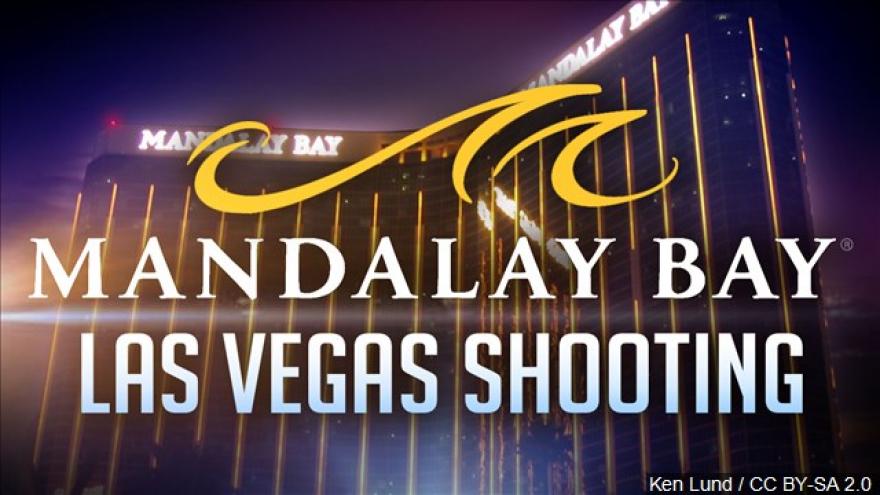 The money from the Justice Department will defray costs of counseling, therapy, rehabilitation, trauma recovery and legal aid for thousands of people affected by the Oct. 1, 2017, massacre, Whitaker said in Cincinnati.

Fifty-eight people died and more than 850 were injured when a gunman opened fire from a high-rise hotel into an open-air country music concert crowd of 22,000 people.

"We have already provided $3 million to cover expenses for state and local law enforcement in Las Vegas and in Clark County following last October's horrific mass shooting," he said.

The Justice Department said the money will supplement and replenish a compensation fund managed by the Nevada Office for Victims of Crime .

A committee overseeing the state fund created a protocol to make payments on a scale to more than 530 people.

Relatives of those killed and people whose injuries left them with permanent brain damage or paralysis received the maximum $275,000.

Smaller sums were given to those who were hospitalized or received medical care on an emergency or outpatient basis in the days after the shooting.

Program coordinator Michelle Morgando said Friday that $3.2 million has been disbursed to date for claims arising from the Route 91 Harvest Festival tragedy.

A motive for the shooting has not been found. Clark County Sheriff Joe Lombardo declared the Las Vegas police investigation complete and on Aug. 3 issued a report that said the shooter acted alone and the shooting was not part of a terrorist plot.

An FBI report incorporating a behavioral analysis of shooter Stephen Paddock is expected by year's end.

Las Vegas police are still making weekly releases of video clips from hundreds of officers who responded to the shooting under court order in an open records lawsuit filed by The Associated Press and several other media organizations.