US removes Sudan from state sponsors of terrorism list 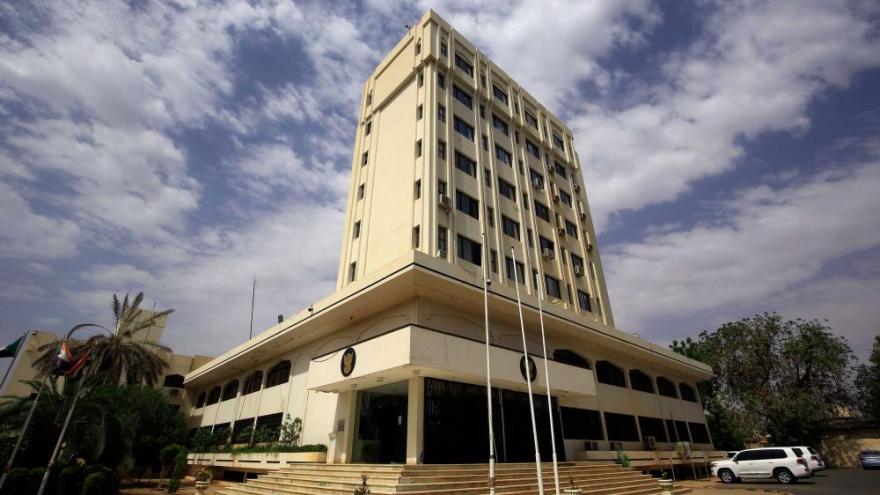 The Ministry of Foreign Affairs building is pictured in the Sudanese capital Khartoum, on June 23, 2020.

(CNN) -- The United States has lifted Sudan's state sponsor of terrorism designation, the US Embassy in Khartoum announced Monday.

The two countries reached an agreement in October for Sudan to be lifted from the list. The settlement required Sudan to pay $335 million for victims of the 1998 twin bombings against the US embassies in Tanzania and Kenya.

In a statement posted on its Facebook page, the US Embassy said, "The congressional notification period of 45 days has lapsed and the Secretary of State has signed a notification stating rescission of Sudan's State Sponsor of Terrorism designation is effective as of today (December 14), to be published in the Federal Register."

Sudan has been listed as a state sponsor of terrorism since 1993.

President Donald Trump announced in October that he would remove the sponsor of terrorism designation once Sudan agreed to pay the settlement for victims the 1998 bombings. The announcement came months after the US and Sudan reached a bilateral settlement agreement and was welcome news for Sudanese officials as well as some of the American survivors and families of the victims of those bombings, However, others remain opposed to the settlement, which pays lesser amounts to foreign nationals who worked at the embassy and employees who became US citizens after the attack.

According to a joint statement from the three countries, the leaders of Sudan and Israel "agreed to the normalization of relations between Sudan and Israel and to end the state of belligerence between their nations" and "agreed to begin economic and trade relations, with an initial focus on agriculture."

"This achievement was made possible by the efforts of Sudan's civilian-led transitional government to chart a bold new course away from the legacy of the Bashir regime and, in particular, to meet the statutory and policy criteria for rescission," Pompeo said in a statement Monday. "We commend the calls of the Sudanese people for freedom, peace, and justice, and we congratulate the members of the civilian-led transitional government for their courage in advancing the aspirations of the citizens they serve."

"After more than two decades, I declare to our people that the name of our beloved country has been removed from the state sponsors of terror list," he wrote on Twitter. "Today we return with all our history, the civilization of our people, the greatness of our country and the vigor of our revolution to the international community."