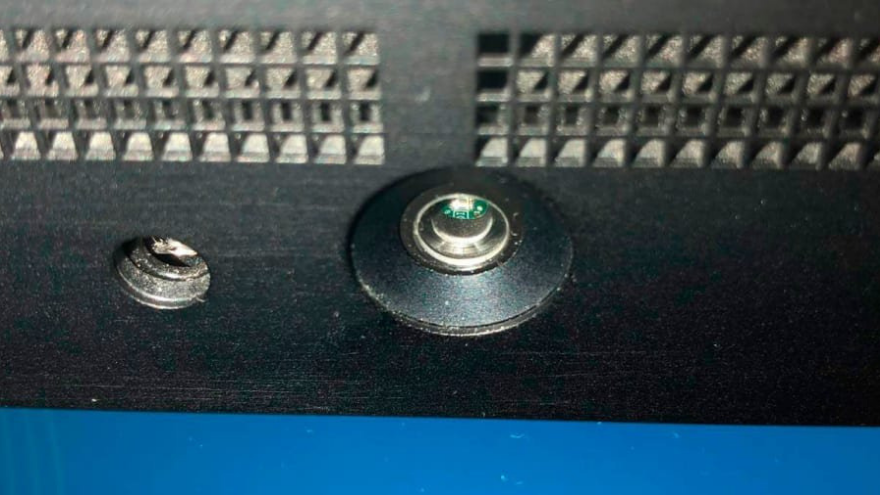 Concerns about cameras fitted to airplane seats have prompted two US senators to propose a bill to prevent in-flight entertainment with cameras -- and they\'ve demanded that airlines clarify how the devices are used. Photo courtesy of CNN

(CNN) -- Concerns about cameras fitted to airplane seats have prompted two US senators to propose a bill to prevent in-flight entertainment with cameras -- and they've demanded that airlines clarify how the devices are used.

Senator Jeff Merkley -- the Oregon Democrat who recently announced his decision not to run for presidency in 2020 -- and Republican John Kennedy, from Louisiana, wrote a bipartisan letter to several major American airlines requesting answers back in March.

They've now followed up the letter with proposed legislation which, they say, will "safeguard passengers' privacy in the air" and they're also pressing international carriers to disclose whether they've got cameras on their planes.

These actions are in response to CNN Travel reporting on the issue, after malware researcher Vitaly Kamluk tweeted Singapore Airlines when he spotted what appeared to be a camera lens built into an inflight entertainment (IFE) screen.

Singapore and other airlines contacted about the devices have denied using them to monitor passengers.

Tech experts, however, have questioned whether the cameras could be hacked.

"While Americans have an expectation that they are monitored in airports as a necessary security measure, the notion that in-flight cameras may monitor passengers while they sleep, eat, or have private conversations is troubling," the senators' original letter read.

"Further, in light of data breaches that have impacted many major airlines, we have misgivings that cameras or sensors may not employ the necessary security measures to prevent them from being targeted by cybercriminals."

The senators' proposed bill is entitled the Passenger Privacy Protection Act of 2019 -- and advocates that any IFE that's installed on future aircraft may not have an embedded camera or microphone.

As for the existing cameras on airplanes, the Act proposes that the lenses should be removed, permanently disabled and covered or covered "in a fashion that prevents the camera from making any observations."

The senators addressed their original US letter to the CEOs of American carriers Delta, Southwest, Frontier, United, Spirit, American, JetBlue and Alaska Air.

The congressmen want to know whether each airline uses cameras to monitor passengers, under what circumstances the cameras could be activated and whether passengers are informed of this practice.

Merkley and Kennedy also demand "comprehensive data on the number of cameras and sensors" and "the type of information that is collected or recorded."

The letter to international airlines asks the same queries -- and is addressed to major global carriers including Emirates, Air New Zealand and Qantas.

All the airlines contacted by CNN Travel in early March said the cameras are dormant.

American Airlines told CNN Travel in early March that cameras are "a standard feature," but not activated and that the carrier has no plans to use them.

"These cameras have been intended by the manufacturers for future developments," said Singapore Airlines, in a statement provided to CNN Travel earlier in March. "These cameras are permanently disabled on our aircraft and cannot be activated on board. We have no plans to enable or develop any features using the cameras."

"The last thing passengers need to worry about is the idea that airlines or hackers may be spying on them while they eat their pretzels. It's time to protect Americans' privacy and get rid of hidden cameras and microphones on airplanes, " says Merkley.

"It's one thing to walk through a metal detector and have your bags searched. It's quite another thing to be secretly spied on while you're having a private conversation. We shouldn't take security to absurd levels," adds Kennedy.

While it wasn't a commonly known fact that many airline IFEs contain deactivated cameras exist in airline IFEs -- it was by no means a secret.

For example, at the 2017 Dubai Airshow, Panasonic Avionics announced the latest incarnation of Emirates' IFE in First Class and Economy -- specifying it featured a camera, plus a microphone and speaker.

Panasonic insists that cameras installed in seats are nothing to fear, and it's likely they'll one day become an accepted feature of IFE.

"I understand people are wary of technology, but I do think it was a bit of an overreaction," said David Bartlett, Panasonic Avionics's chief technology officer and chief information security officer, on the recent uproar.

"I believe it's going to settle down, that the case to be made for positive benefits coming from cameras is stronger than any concern that they could possibly be used for nefarious purposes."