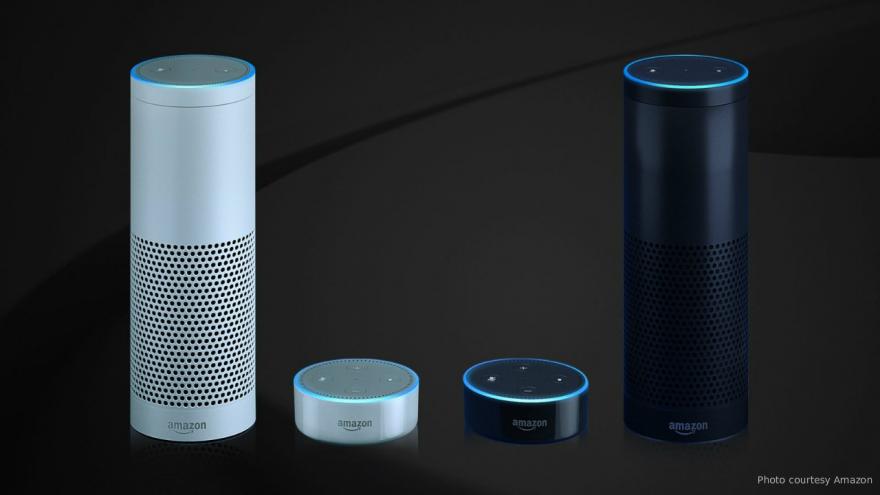 (CNN) -- Amazon's Echo device for kids is again facing scrutiny from Washington over how it handles children's private information.

On Thursday, several US senators issued a letter calling on the Federal Trade Commission to launch an investigation into whether the Amazon Echo Dot Kids Edition is in violation of the Children's Online Privacy Protection Act (COPPA).

In a blog post published later Thursday, Amazon said it created the Echo Dot Kids Edition in collaboration with the Family Online Safety Institute and "other leading industry groups, and followed industry best practices for securing verifiable parental consent." The post also said Amazon requires verifiable parental consent to operate the device and said there are multiple ways for parents to delete a child's recordings and profile.

COPPA is meant to protect the privacy of children 12 and younger. It forces companies to follow certain requirements when collecting, using or sharing their data.

The Echo Dot Kids Edition features a more kid-friendly version of the Alexa voice assistant that will play music, answer questions, read stories and tell jokes. It captures the voice recordings of the children who speak to it as well as "vast amounts of their personal information," the senators allege.

A group of 19 consumer and public health advocates, including the Campaign for a Commercial-Free Childhood and the Center for Digital Democracy, also called on the FTC to investigate the device on Thursday.

It's not the first time Sen. Markey has expressed concern over the Echo Dot Kids Edition. In May 2018, he and then-Congressman Joe Barton sent a letter to Amazon CEO Jeff Bezos with questions about the product. Among the questions raised was one about whether Amazon maintains a data profile of each child and how long their recordings and information are kept.