US service members killed in ISIS-claimed attack in Syria 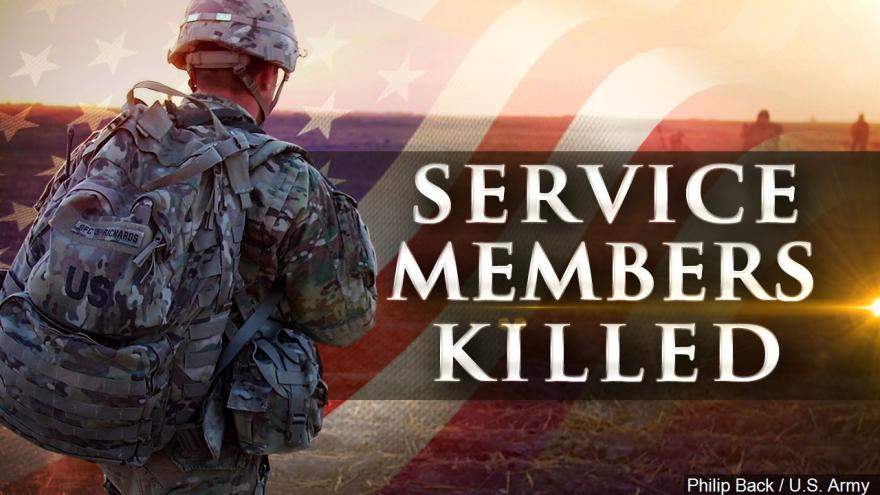 (CNN) -- ISIS has claimed responsibility for a deadly explosion that killed US service members in the Syrian city of Manbij on Wednesday.

US service members were killed in the attack, according to a tweet from the spokesperson for the US-led coalition Operation Inherent Resolve.

"U.S. service members were killed during an explosion while conducting a routine patrol in Syria today. We are still gathering information and will share additional details at a later time," the tweet said.

The coalition has not said how many service members were killed.

There were several reported casualties in the city a militia controlling the city and a UK-based monitoring group said Wednesday.

The ISIS-affiliated Amaq agency said the attack in the northern city of Manbij was carried out by a suicide bomber with an explosive vest.

A spokesperson for Operation Inherent Resolve tweeted Wednesday that the coalition is "still gathering information" about the explosion.

The attackcomes less than a month after Trump announced that US troops would withdraw from Syria. In making his announcement, Trump declared in a video released on Twitter: "We have won against ISIS. We've beaten them and we've beaten them badly. We've taken back the land and now it's time for our troops to come back home."

The US has about 2,000 troops in Syria, with no specific date for their withdrawal. Last week, the US began withdrawing some military ground equipment from Syria, according to an administration official with direct knowledge of the operation.