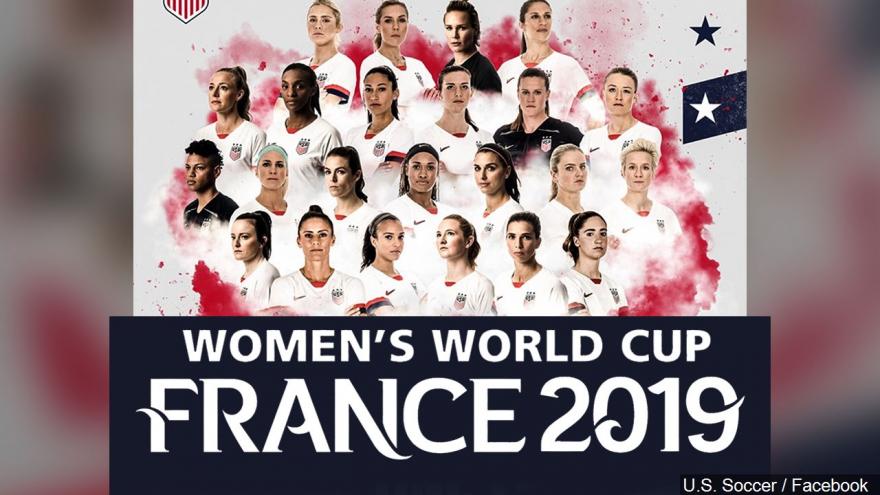 REIMS, France (AP) — U.S. Soccer and players for the women's national team have tentatively agreed to mediate a lawsuit that accuses the federation of gender discrimination and seeks equitable pay.

The federation and representatives for the players confirmed the agreement, first reported in the Wall Street Journal, to pursue mediation following the Women's World Cup.

"Here to win a World Cup, lawyers are at home to do their thing, so we both have our jobs," defender Kelley O'Hara said Saturday. "This team has always been good at compartmentalizing. We focus on the task at hand and I haven't paid any mind on anything that's been going on. That's something we'll pick back up when we get home but right now my only focus is winning the World Cup."

The United States, the defending champion and three-time World Cup winner, won its first three games of the tournament and is set to play Spain on Monday in the knockout stage. The championship game is set for July 7 in Lyon.

Twenty-eight members of the current player pool filed the lawsuit in U.S. District Court in Los Angeles in March. The lawsuit alleges "institutionalized gender discrimination" that includes inequitable compensation when compared with their counterparts on the men's national team.

"While we welcome the opportunity to mediate, we are disappointed the plaintiffs' counsel felt it necessary to share this news publicly during the Women's World Cup and create any possible distraction from the team's focus on the tournament and success on the field," U.S. Soccer said in a statement.

The federation has maintained the differences in pay are the result of different collective bargaining agreements that establish distinct pay structures for the two teams. Those agreements are not public. Court documents said decisions surrounding the teams have been made for "legitimate business reasons and not for any discriminatory or other unlawful purpose."

The lawsuit was an escalation of a long-simmering dispute over pay and treatment. Five players filed a complaint in 2016 with the U.S. Equal Employment Opportunity Commission that alleged wage discrimination by the federation. The lawsuit effectively ended that EEOC complaint.

The federation and the team reached a collective bargaining agreement in April 2017. The agreement, which runs through 2021, gave the players higher pay and better benefits.

Defender Ai Krieger said she hasn't given the lawsuit any thought.

"Right now we're so focused on the game against Spain, and that's what's important for us right now," she said.