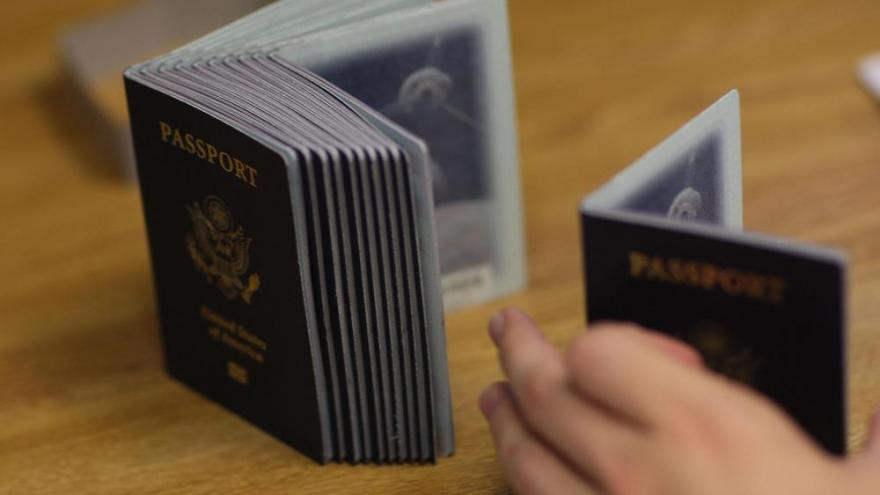 The US State Department has issued the first US passport with an "X" gender marker as it seeks to implement gender-inclusive polices, the department announced on October 27.

(CNN) -- The State Department has issued the first US passport with an "X" gender marker as it seeks to implement gender-inclusive polices, the department announced Wednesday.

The department announced in June it would update its procedures to allow applicants to self-select their sex marker for passports and that it "will no longer require medical certification" if an applicant's self-selected sex marker doesn't match the sex listed on other official identity documents.

"As the Secretary announced in June, the Department is moving towards adding an X gender marker for non-binary, intersex, and gender non-conforming persons applying for a U.S. passport or CRBA," State spokesperson Ned Price said in a statement. "I want to reiterate, on the occasion of this passport issuance, the Department of State's commitment to promoting the freedom, dignity, and equality of all people -- including LGBTQI+ persons."

The option with the new marker will be offered to routine passport applicants after the department finishes system and form updates in early 2022, Price also said.

Transgender rights activists have long said having inaccurate IDs could potentially lead to harassment and discrimination for members of the LGBTQ community.
In a statement recognizing Intersex Awareness Day, the State Department said Monday it was US policy to end "violence and discrimination on the basis of gender, sexual orientation, gender identity or expression, and sex characteristics."

The US joins Canada, Australia, New Zealand and other countries with similar gender-inclusive passport policies.

At least 20 states and Washington, DC, have also implemented similar changes to state documentation, including New Jersey, which enacted the change in April after delaying it last year due to the coronavirus pandemic.