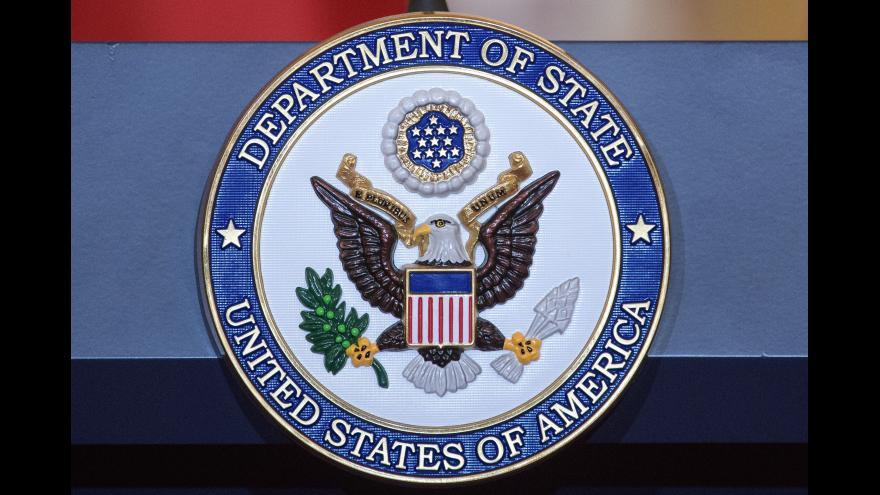 The US State Department said they are aware of reports that a third American who traveled to Ukraine to fight against Russia has gone missing "in recent weeks."

(CNN) -- The US State Department said they are aware of reports that a third American who traveled to Ukraine to fight against Russia has gone missing "in recent weeks."

"There are reports of one additional American whose whereabouts are unknown. I can't speak to the specifics of that case. Unfortunately we don't know the full details of that case," said State Department Spokesperson Ned Price at a press briefing on Thursday.

Price said the department is in contact with the families of the two other US citizens reportedly captured in the country, as well as Ukrainian authorities and the International Committee of the Red Cross, but that they similarly could not confirm reports that these two citizens were captured.

On Wednesday, CNN reported that Alexander John-Robert Drueke, 39, from Tuscaloosa, Alabama, and Andy Tai Ngoc Huynh, 27, from Hartselle, Alabama -- who had been fighting alongside Ukrainian forces north of Kharkiv -- have been missing for nearly a week and there are fears that they may have been captured by Russian forces, according to their families and a fellow fighter.

A photo emerged on Thursday of Drueke and Huynh in the back of a Russian military truck, apparently confirming they had been captured by Russian forces north of Kharkiv last week. CNN could not independently verify when the photo was taken.

"We continue to urge in every way we can American citizens not to travel to Ukraine because of the attendant dangers that is posed by Russia's ongoing aggression," said Price.

Price also said that the US is not in contact with Russia about the reportedly captured American citizens because they do not yet have "credible reason" to believe the Russians have captured them and also because Russia has not claimed to have captured them.

"If we feel that such outreach through our embassy in Moscow or otherwise would be productive in terms of finding out more information on the whereabouts of these individuals, we won't hesitate to do that," said Price.

Price also said the US is in contact with "other partners," including the United Kingdom, over "this issue broadly."

The newly emerged photo of Drueke and Huynh shows the two men looking up at the camera with their hands behind their backs, as if they are bound.

The undated photo was posted on Telegram on Thursday by a Russian blogger.

The US State Department on Thursday told the family of one of the Americans missing in Ukraine that there is potential evidence of capture of Drueke, but could not verify the photo at the time, Bunny Drueke, Alexander's mother, told CNN.

"They said that there is a photograph that is being circulated on the Russian media. And they're working hard to verify it," Drueke told CNN's Jake Tapper on "The Lead." "We're very hopeful."

Drueke said her son went to Ukraine to train soldiers there to fight against Russia because "he felt that if Putin wasn't stopped now, he would just become bolder with every success, and that eventually he might end up on American shores."

There is very little to identify the location of the vehicle seen in the photo, but a white box of food with tin cans falling out has been identified by CNN as being "mackerel with vegetables" made a Russian food producer.

CNN has reached out to Russia's Ministry of Defense for comment.