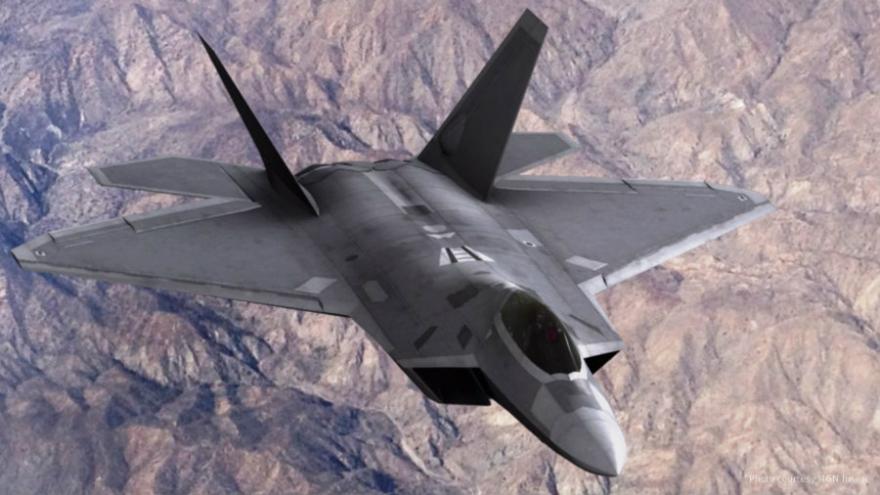 (CNN) -- Tensions on the Korean Peninsula escalated over the weekend as US stealth fighters moved into the region and official sources from both North Korea and the US said the chances of war are growing.

The bellicose rhetoric from North Korea came in two phases: On Saturday, a statement from its Foreign Ministry said US President Donald Trump is "begging for a nuclear war"through what it called an "extremely dangerous nuclear gamble on the Korean Peninsula";

A day later, a commentary from Pyongyang's Rodong Sinmun newspaper, carried by the official Korean Central News Agency, said US-South Korea joint air exercises scheduled for Monday to Friday are a "dangerous provocation" pushing the region "to the brink of a nuclear war."

From the US side, White House national security adviser HR McMaster told a conference in California on Saturday that the chances for war on the Korean Peninsula grow daily.

"I think it's increasing every day, which means that we are in a race, really, we are in a race to be able to solve this problem," McMaster told an audience at the Reagan National Defense Forum in Simi Valley.

McMaster made the comment when asked if North Korea's launch of an intercontinental ballistic missile Tuesday had increased the chance of war.

"There are ways to address this problem short of armed conflict, but it is a race because he's getting closer and closer, and there's not much time left," McMaster said, referring to North Korean leader Kim Jong Un.

With every missile launch or nuclear test, Kim has improved his country's capabilities, McMaster said.

Some 230 aircraft and 12,000 personnel from the US and South Korea are participating in the weeklong exercise, according to a US Air Force statement.

A South Korean defense official confirmed to CNN on Sunday that the US is sending dozens of high-end fighters, bombers and support aircraft to the drills.

These aircraft will stay in South Korea for the week. They will be joined by more F-35bs -- the Marine Corps version, based in Japan -- B-1 bombers and E-3 airborne warning and control system (AWACS) aircraft that will fly in to join the wargames and then return to bases elsewhere, the official said.

But it is the stealth fighters that experts say pose the biggest threat to Pyongyang.

Cloaked with the world's most advanced stealth coating, the F-22s and F-35s would likely be called upon to lead a potential air campaign against North Korea should the situation escalate to the point of using military force, experts say.

While the North Korean military maintains capable anti-air weaponry, their radar systems would be unable to detect the stealth fighters before a strike on those defensive systems.

The Rodong Sinmun commentary said the aerial wargames show "the enemies' moves to start a nuclear war have reached a dangerous stage."

"It is an open, all-out provocation against the DPRK, which may lead to a nuclear war any moment," it continued.

But it also put up bravado over the presence of the F-22s and F-35s.

"The stealth fighters which the enemies boast so much of will not escape the fate of a tiger moth," the North Korean commentary said.

North Korean threat to US mainland

The exercises come less than a week after Pyongyang fired off an intercontinental ballistic missile it claims can reach the "whole" mainland of the United States.

A US official said Saturday technical analysis of that missile's flight is ongoing but the "the North Koreans had problems with re-entry."

It is likely the ballistic missile, fired higher than any previous North Korean missile, broke up as it re-entered Earth's atmosphere, the official said.

Still, the ability of the new missile to fly higher and longer than others in the past signals North Korea's intent to develop weapons capable of attacking the US.

At the California forum, McMaster said Kim was extremely unlikely to change his behavior "without some significant new actions in the form of much more severe sanctions" and "complete enforcement of the sanctions that are in place."

He pushed China to do more, including cutting off North Korean oil imports.