US still seeking way to ask about citizenship on the census 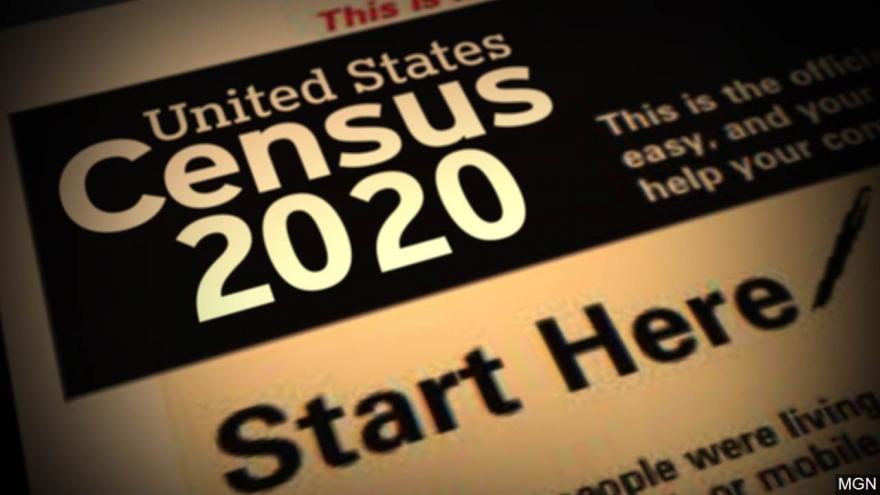 WASHINGTON (AP) — The Justice Department says it's still looking for a way to include a citizenship question on the 2020 census, even though the government has started the process of printing the questionnaire without it.

The abrupt shift from the Justice Department on Wednesday came hours after President Donald Trump insisted he was not dropping his efforts to ask about citizenship in next year's nationwide survey. On Twitter he declared, "We are absolutely moving forward."

The administration has faced numerous roadblocks to adding the citizenship question, including last week's Supreme Court ruling that blocked its inclusion, at least temporarily. The Justice Department had insisted to the Supreme Court that it needed the matter resolved by the end of June because it faced a deadline to begin printing census forms and other materials.

But on Wednesday, officials told a Maryland judge they believed there may still be a way to meet Trump's demands.

"There may be a legally available path," Assistant Attorney General Joseph Hunt told U.S. District Judge George Hazel during a conference call with parties to one of three census lawsuits. The call was closed to reporters, but a transcript was made available soon after.

A day earlier, a Justice Department spokeswoman confirmed that there would be "no citizenship question on the 2020 census" amid signs that the administration was ending the legal fight. Commerce Secretary Wilbur Ross said in a statement Tuesday that the "Census Bureau has started the process of printing the decennial questionnaires without the question."

Trump's tweet sowed enough confusion to prompt Hazel and U.S. District Judge Jesse Furman, overseeing a census lawsuit in New York, to demand clarification by the end of the day.

"I don't know how many federal judges have Twitter accounts, but I happen to be one of them, and I follow the President, and so I saw a tweet that directly contradicted the position" that a Justice Department lawyer took in a hearing Tuesday, Hazel said.

Fear and confusion among immigrants might just be the president's aim, a lawyer for opponents of the question said, since the Census Bureau's own experts have said asking about citizenship would depress participation by immigrants and people who are in the country illegally.

"The President's tweet has some of the same effects that the addition of the question would in the first place and some of the same effects on the 18-month battle that was just waged over the citizenship question. It leaves the immigrant communities to believe that the Government is still after information that could endanger them," Mexican-American Legal Defense Fund lawyer Denise Hulett said.

In the short term, work on the census probably won't be affected. The company with a $114 million contract to print census questionnaires had been instructed to start printing forms without the citizenship question.

Joshua Gardner, a second Justice Department lawyer on the conference call, confirmed that "the Census Bureau is continuing with the process of printing the questionnaire without a citizenship question, and that process has not stopped."

Gardner, a 16-year Justice Department lawyer, said he was as surprised by Trump's tweet as anyone. "The tweet this morning was the first I had heard of the President's position on this issue, just like the plaintiffs and Your Honor. I do not have a deeper understanding of what that means at this juncture other than what the President has tweeted," he said.

Hazel moved up to Friday from Monday a deadline for the government to stipulate that it is no longer seeking to put the question on the 2020 census. Otherwise, he said, he would move ahead with reopening the case to pursue a new issue. Opponents of the question say evidence from the computer files of a Republican redistricting consultant who died last year shows that discrimination against Hispanics was behind the push for the citizenship question.

That might be a separate basis for blocking the citizenship question.

The administration had said the question was being added to aid in enforcement of the Voting Rights Act, which protects minority voters' access to the ballot box. But in the Supreme Court's decision last week, Chief Justice John Roberts joined the court's four more liberal members in saying the administration's current justification for the question "seems to have been contrived."

Opponents of the citizenship question said it would discourage participation by immigrants and people who are in the country illegally, resulting in inaccurate figures for a count that determines the distribution of some $675 billion in federal spending and how many congressional districts each state gets.

On Twitter Tuesday night, Trump wrote that the Supreme Court ruling marked a "very sad time for America." He also said he had asked the Commerce and Justice departments "to do whatever is necessary to bring this most vital of questions, and this very important case, to a successful conclusion." He did not elaborate.

Even though the Census Bureau is relying on most respondents to answer the questionnaire by internet next year, hundreds of millions of printed postcards and letters will be sent out next March reminding residents about the census, and those who don't respond digitally will be mailed paper questionnaires.