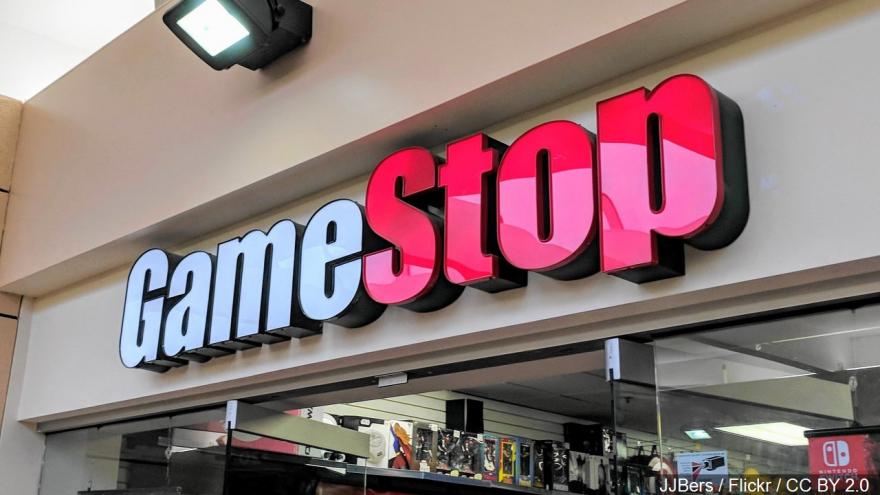 (CNN) -- It has been a turbulent week on Wall Street.

GameStop has been at the center of it, again soaring on Friday and ending the day up nearly 68%, after trading platforms including Robinhood lifted restrictions on trading the stock. The stock ended the week up 400%.

But elsewhere on Wall Street, the picture was bleak.

It was the last trading day of January and the Dow and the broader S&P 500 logged their worst month since October.

It's been a messy week for the three benchmarks, including all-time highs for the S&P and Nasdaq on Monday, which was also the worst day since October for the Dow.

GameStop is not listed on those indexes. But it is a constituent of the Russell 2000 index, which includes only smaller stocks. On Thursday, the video game retailer became the index's largest company by market capitalization for the first time. Still, the Russell closed down more than 1%.

GameStop became the hottest stock in the market out of nowhere this week after retail investors chatting on Reddit pushed its price up, orchestrating a massive short-squeeze. This means investors who were shorting the stock -- betting that its value would go down -- were caught in a pickle when the stock suddenly skyrocketed.

Other companies, including cinema chain AMC, got in on the action too: Its shares ended Friday up nearly 54%.

Trading platforms and brokers faced outages on multiple occasions this week and placed restrictions on trading many of the "Reddit stocks." Some of them, most notably Robinhood, have since reversed that decision.

What does it all mean for the market?

It might be a while until the full effect of this Reddit bonanza will be clear. But one thing is for sure: The Pandora's box of social media investing has been opened and we won't be able to close it again, Sam Stovall, US equity strategist at CFRA Research, told CNN Business.

It's not GameStop itself that matters in this scenario -- it's more about how the company's stock rally exposed flaws in the system, said Brad McMillan, chief investment officer at Commonwealth Financial Network.

"One of the things i think was revealed was a mispricing of call options. I think you're going to see their price go up to reflect this," he told CNN Business.

Call options give investors the right to buy stocks at a predetermined price in a specific window of time in future.

The surge in GameStop and other struggling companies triggered a worry that the retail buying spree could lead to a collapse of the hedge funds shorting those stocks, Stovall said. Suddenly that worry is systemic.

Earlier this week, Citadel, the massive hedge fund owned by Ken Griffin, provided a $2 billion bailout to GameStop shortseller Melvin Capital Management after it was caught on the wrong end of the stock move.

"Today is the margin day, so companies have to put up what they owe," Stovall said. Margin debt, the money investors can borrow to fund their purchases, has gone up very substantially in the last month, McMillan said.

More than just the GameStop-mania has got the market down Friday.

"We entered this final week of January rife for a setback," Stovall said.

Delays in vaccine distribution, ongoing political discord that could be a hurdle to the Biden administration's proposed $1.9 trillion stimulus package and earnings season also had investors on their toes.