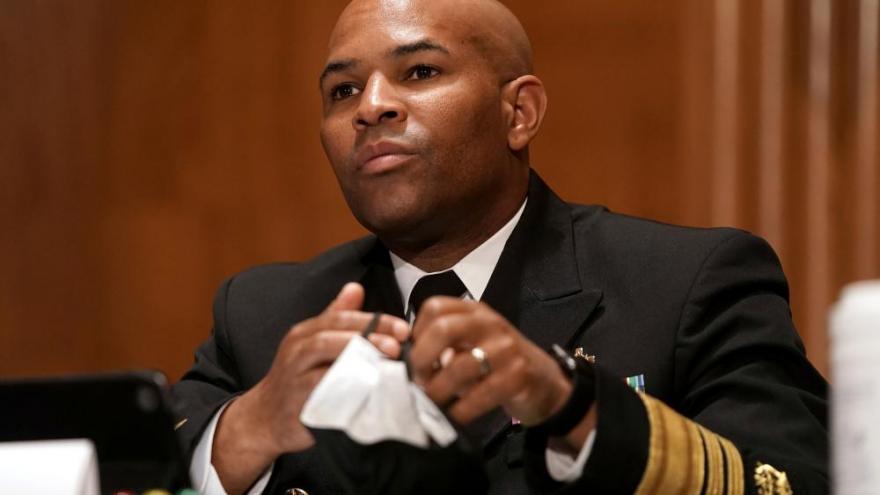 US Surgeon General Jerome Adams was given a criminal citation during a visit to Hawaii.

(CNN) -- The US surgeon general was among thousands of people given criminal citations in Hawaii in recent weeks for violating local politicians' emergency orders to contain the spread of the coronavirus.

Jerome Adams, an anesthesiologist who currently serves as the US Surgeon General, was cited by Honolulu police in early August after he was observed taking pictures in a park that had been closed to prevent crowded gatherings, according to a citation obtained by CNN.

The Associated Press first reported the citation this week.

"Observed Adams in Kualoa Regional Park with two other males standing, looking at the view taking pictures," the police officer wrote in the citation. "They moved to the center of the park to take more pictures. Adams put his mask on as he walked back toward their vehicle."

The officer wrote that Adams told police he was in town to work with Hawaii Governor David Y Ige on the state's coronavirus response and did not know the parks had been closed and thus he couldn't be there.

Adams has a court date set for October 21, according to court records. The court has set up a remote hearing via Zoom for Adams to participate.

Honolulu Mayor Kirk Caldwell ordered the parks closed as a part of a sweeping emergency order in early August as the state sought to stop the spread of the coronavirus.

Caldwell's order allowed for people to traverse the park to access the ocean, but people were not permitted to remain in the park for any activities, including for exercise, according to the Honolulu Department of Parks and Recreation.

Adams is the 20th surgeon general. He was confirmed for the position by the US Senate in 2017 after being nominated by President Donald Trump.