US suspends avocado imports from Mexico after threat to US inspector 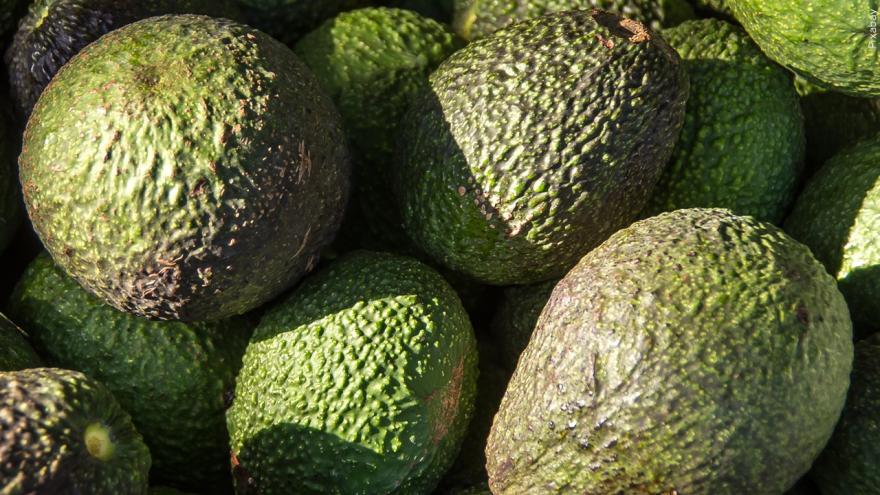 (CNN) -- The United States has suspended avocado imports from Mexico's western state of Michoacan after a US official received a threat, Mexico's Agriculture Ministry said in a statement on Saturday.

According to the statement, the US Department of Agriculture Animal and Plant Health Inspection Service (USDA-APHIS) decided to pause until further notice the avocado inspection activities in Michoacan after one of its officers, who was carrying out inspection work in Uruapan, Michoacan, received a threatening call to his official cell phone.

Michoacan is the only state in Mexico authorized to export avocados to the United States.

APHIS-USDA reported that an investigation is currently underway to assess the threat and determine the necessary measures to guarantee the physical integrity of all of its personnel working in Michoacan.

A meeting was held between APHIS personnel and representatives of the Association of Avocado Exporting Producers and Packers of Mexico (APEAM) with local and state police to address the issue.

"The APEAM is actively participating in coordination with the authorities of both countries to resolve the problem in order to reinforce internal practices and processes that guarantee the traceability of the fruit. The facts mentioned here have already impacted the economy of the entire program, affecting the industry and the more than 300,000 jobs that depend on it. We encourage all those actors in this value chain to take extreme care and vigilance to preserve such an important export program," the APEAM said in a statement to the media.

Following protocols, personnel from the US health agency inspect the avocados that would be shipped and once approved, the avocados are moved to the packaging process, the ministry mentioned.

In the past six weeks, Michoacan avocado producers have exported more than 135,000 tons of avocados to the United States, the Agriculture Ministry said.

Michoacan's geographic position to the Pacific Ocean has made it a turf war between criminal organizations that fight for territory and the profits from other industries such as the avocados.