US threatening new tariffs on EU goods worth $4B 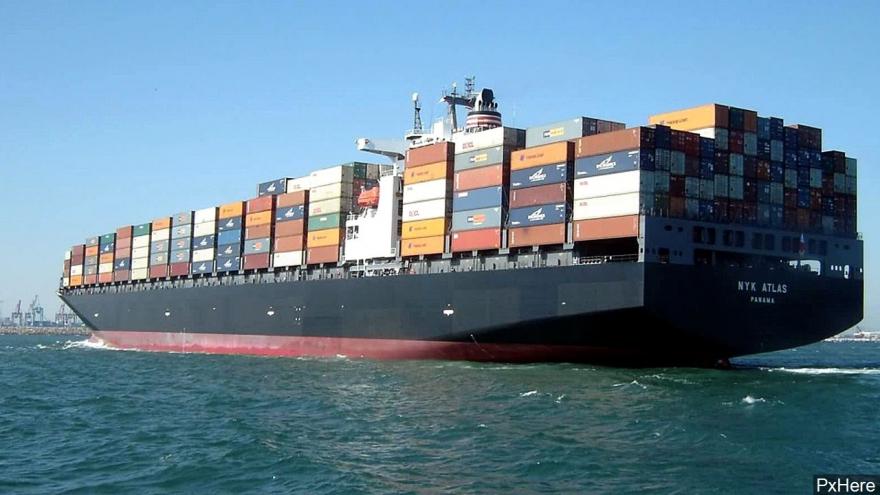 (CNN) -- The United States is intensifying its trade fight with the European Union over aircraft subsidies, proposing new tariffs on EU goods worth $4 billion.

The tariffs, announced late Monday by the United States Trade Representative, cover 89 products including meat, cheese, pasta, fruits, coffee and whiskey. They could be added to a list of EU exports worth $21 billion that the USTR said in April would be subject to tariffs.

The threat to target more European goods comes just days after the United States and China agreed to resume talks on a trade deal. President Donald Trump said he would hold off imposing new tariffs on China.

Washington has been locked in a dispute with the European Union for years over two of the world's biggest airplane manufacturers — Boeing and Airbus.

The conflict dates back to 2004, when EU authorities said Boeing received $19 billion in unfair subsidies from federal and state governments between 1989 and 2006. The US government filed a similar claim that year over European subsidies to Airbus.

The World Trade Organization has handed down favorable rulings to both sides since then, underscoring the complexity of the dispute.

The tariffs proposed by the Trump administration are subject to public consultation in the United States and arbitration at the WTO, which is expected to deliver its findings this summer.

It's the latest in a series of trade clashes between the United States and the European Union. The Trump administration has already imposed tariffs on European steel and aluminum, to which EU authorities responded with tariffs on US goods worth more than $3 billion.

Trump has also threatened to slap tariffs of up to 25% on cars coming into the United States, a move that could hit European automotive powerhouses like Germany and France.

The trading relationship between the two sides is worth more than $1 trillion annually, but Europe exports significantly more goods to the United States than the other way around.

The escalation of trade tensions with one major US trading partner comes days after a truce with another.

Trump and his Chinese counterpart, President Xi Jinping, announced over the weekend that trade talks between the United States and China would resume after months of uncertainty. Trump said the negotiations were "back on track," later adding that he would hold off on imposing new tariffs on Chinese goods worth $350 billion and suspend a ban on American companies selling components to Chinese tech giant Huawei.