US to designate Houthis as a foreign terrorist organization 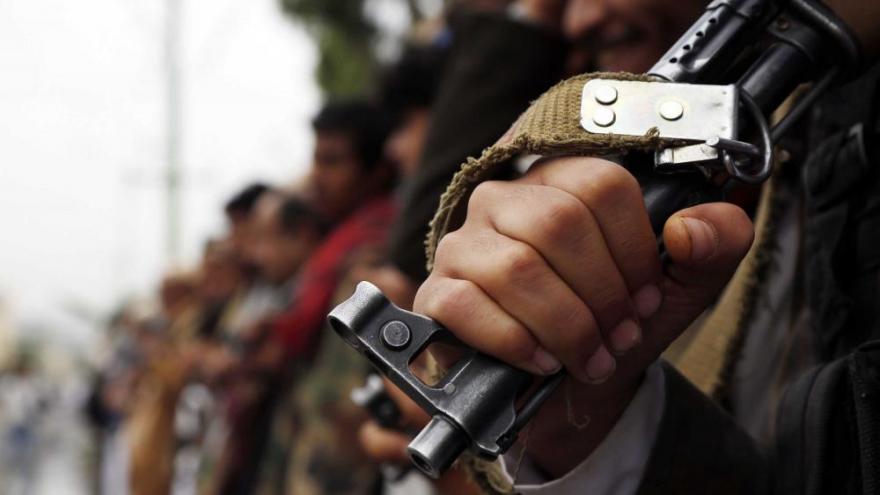 The State Department will notify Congress of its intent to designate Houthi rebels as a foreign terrorist organization. Followers of the Houthis group take part in a tribal gathering against the Saudi-led coalition war on Yemen on July 6, 2020.

(CNN) -- The State Department will notify Congress of its intent to designate Houthi rebels as a foreign terrorist organization, Secretary of State Mike Pompeo said Sunday, despite intense pushback from US diplomats and aid groups in Yemen.

"These designations will provide additional tools to confront terrorist activity and terrorism by Ansarallah, a deadly Iran-backed militia group in the Gulf region," Pompeo said in a statement. "The designations are intended to hold Ansarallah (the Houthi rebels) accountable for its terrorist acts, including cross-border attacks threatening civilian populations, infrastructure, and commercial shipping."

The 11th hour move by the Trump administration could upend the United Nations' work on peace talks in the country and there are also fears that such a designation could impact humanitarian aid deliveries, sources have told CNN.

Pompeo also said in the statement that the US recognizes concerns that the designation of the Houthis, an Iranian-backed Shia political and military organization from the north of Yemen, will have an impact on the humanitarian situation in the country.

"We are planning to put in place measures to reduce their impact on certain humanitarian activity and imports into Yemen," he said. "We have expressed our readiness to work with relevant officials at the United Nations, with international and non-governmental organizations, and other international donors to address these implications."

Rolling back a terrorist designation is challenging which means that this move will make it hard for the incoming Biden administration to create a Yemen policy. One State Department official said Pompeo sees the designation as part of the maximum pressure campaign against Iran -- given the Houthis' ties to Iran -- and doesn't care if it puts the Biden team in a challenging position.

Reuters was first to report the plans for this designation could happen as soon as Monday.

Yemen has been embroiled in a years-long civil war that has pitted a coalition backed by Saudi Arabia and the United Arab Emirates against the Iran-backed Houthi rebels. The conflict has cost thousands of lives and has plunged the country into a humanitarian crisis.

Houthi leader Mohamed Ali Al Houthi condemned the designation on Twitter Monday, saying "we reserve the right to respond against any designation issued by the Trump administration, or any other administration." He did not provide further detail of how the group is planning to respond.

Yemen's Saudi-backed government, however, expressed support for the US government's designation.

"[The government] will continue to provide full support to all UN-led efforts to reach a comprehensive peace," it said on Twitter.

The Norwegian Refugee Council, a humanitarian organization, called on President-elect Joe Biden to ensure Yemeni civilians continue to receive life-saving aid and that any sanctions do not block food, fuel and medicines from entering the country.

"The sanctions will hamstring the ability of aid agencies to respond, and without additional safeguards and broader exemptions for the commercial sector, Yemen's faltering economy will be dealt a further devastating blow," NRC Yemen Country Director Mohamed Abdi said in a statement on Monday.

"Getting food and medicine into Yemen -- a country 80% dependent on imports -- will become even more difficult. ... We are calling on the US government to provide unambiguous safeguards and guarantees so that humanitarian aid can still be delivered without delays and across conflict territories regardless of who is in control, and protect aid workers from being criminalized."