US to move embassy to Jerusalem by year's end, Netanyahu says 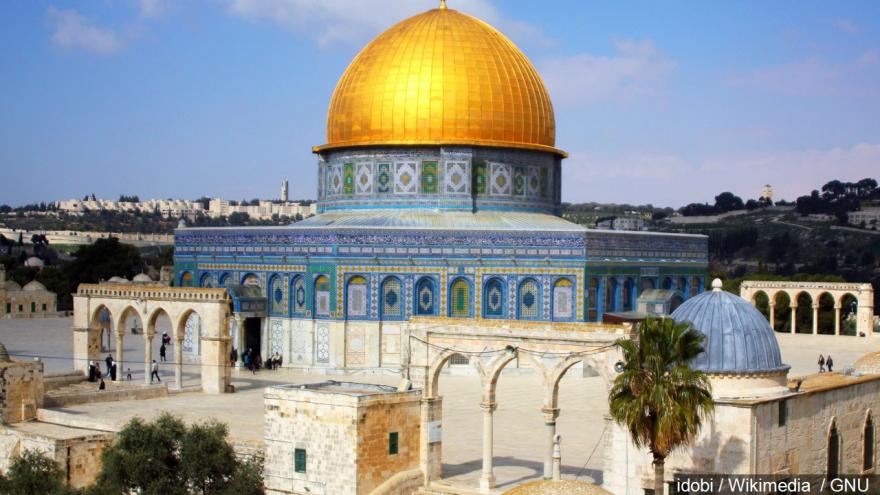 (CNN) -- The United States will move its embassy from Tel Aviv to Jerusalem by the end of the year, Israeli Prime Minister Benjamin Netanyahu said Wednesday.

That would be much quicker than expected, with US Secretary of State Rex Tillerson saying last month it was "not something that is going to happen this year, probably not next year."

Netanyahu made the comments while on an official state visit to India, his office told CNN.

However, President Donald Trump denied that the planned relocation of the US Embassy in Israel to Jerusalem would take place within a year on Wednesday in an interview with Reuters.

Asked about Netanyahu's comments, Trump said, "By the end of the year? We're talking about different scenarios -- I mean obviously that would be on a temporary basis. We're not really looking at that. That's no."

As recently as December 8, Tillerson was telling reporters that the US still needed to acquire a site, make construction and building plans, ensure necessary authorizations, and then build the embassy itself.

If Netanyahu's assertion proves right, then it suggests the US is not going to wait until a new building is complete, but may take advantage of its two existing consular facilities in Jerusalem, and re-purpose one of them as its embassy.

CNN is reaching out to US officials and will update this story if they respond.

Trump's recognition last month of Jerusalem as Israel's capital, and plans to relocate the embassy there, inflamed tensions in the region and sparked outrage across the world.

The announcement was condemned by 128 countries in a United Nations General Assembly vote in December, with nine countries supporting the decision and 35 abstaining, amid threats from the US to pull funding from the world body.

Netanyahu's comments Wednesday come one day after the US announced it would freeze $65 million in funding to the UN agency dedicated to helping Palestinian refugees. The agency has become a frequent target of criticism from Netanyahu.

The US said Tuesday that it will hold back more than half of the $125 million of a scheduled payment to the UN Relief Works Agency, which provides humanitarian aid, education, social services and medical care to Palestinian refugees in the West Bank, Gaza, Jordan, Syria and Lebanon.

The decision drew condemnation from Palestinians, praise from Israel, and expressions of deep concern from UN officials and refugee groups worried about the humanitarian impact and particularly the potential for further destabilization of a region already reeling from conflict in Syria.

Defending the US decision to freeze funds, State Department Spokeswoman Heather Nauert said, "A big part of the reason we didn't [freeze the full amount], after a lot of interagency deliberations, is we thought this would have a big impact." Nauert said the US would like to see reforms at UNRWA and called on other countries to contribute more to the relief agency.

The US provides approximately 30% of UNRWA's $1.4 billion budget.

Earlier in the week Palestinian Authority President Mahmoud Abbas appeared to confirm reports that the Trump administration had earmarked Abu Dis, a town adjacent to Jerusalem, as the capital of a future Palestinian state, during a speech to the Palestinian Liberation Organization's Central Council.

Previous US administrations have hewed to the international consensus that East Jerusalem, which includes the Old City and its key religious sites, would be the capital of any Palestinian state, subject to final status negotiations between Israelis and Palestinians.

The White House did not respond to CNN's earlier request for comment on Abbas' remarks.