US to open temporary shelter in Texas for immigrant children 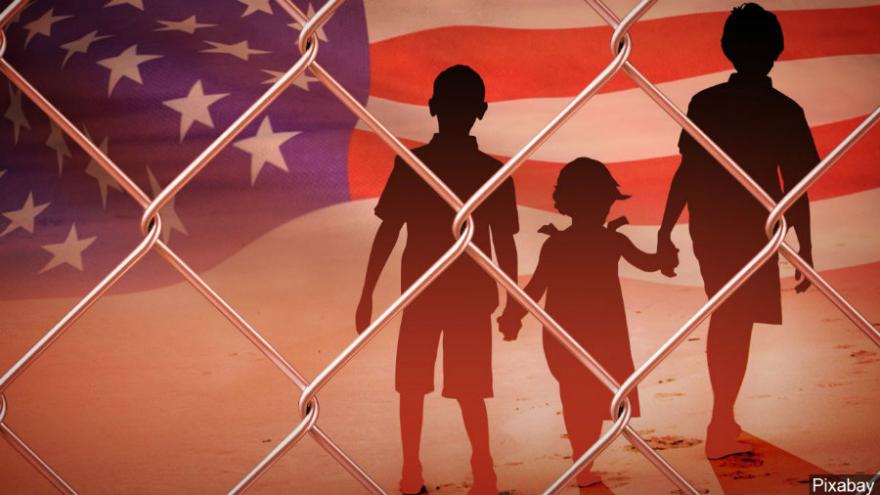 HOUSTON (AP) — The U.S. government will open a temporary shelter for unaccompanied immigrant children in far west Texas, as existing facilities for children reach capacity under the Trump administration's "zero tolerance" policy on migrants and the resulting separation of families.

A spokesman for the U.S. Department of Health and Human Services said Thursday that the department selected the Tornillo port of entry as a temporary shelter location. The port is located about 40 miles (64 kilometers) southeast of El Paso, in an area that's mostly desert and where temperatures routinely approach 100 degrees Fahrenheit (37 degrees Celsius).

The facility will be able to accommodate up to 360 children in "the next few days," said the spokesman, Kenneth Wolfe.

Asked if children will be kept in tents, Wolfe said the facility would have "soft-sided structures," but didn't immediately clarify what those structures would be.

The numbers of children in existing facilities have surged as the Trump administration institutes a policy of trying to prosecute all people who cross the southern U.S. border without legal permission. Hundreds of families have been separated, with parents detained and their children placed in government shelters.

On Wednesday, government officials gave a tightly controlled tour of a shelter in Brownsville, Texas, on the other end of the state. Located inside a former Walmart, the shelter is housing nearly 1,500 children. Many other facilities in the U.S. government network are at or close to capacity.

"It's kind of in the middle of nowhere," she said. "It's in the desert. There is nowhere to go outside, really."

She added, "I don't understand where they're going to put these kids."