US to roll out economic part of Mideast peace plan 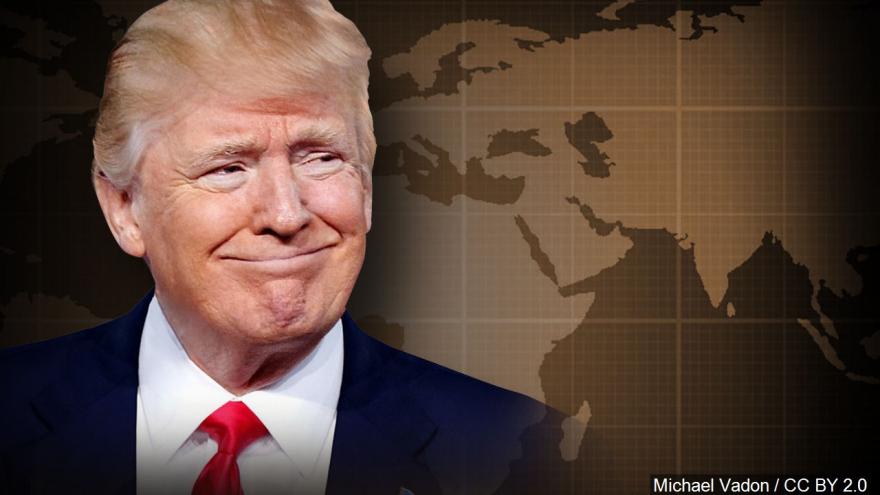 By DEB RIECHMANN and MATTHEW LEE

WASHINGTON (AP) — The Trump administration will unveil the first phase of its long-awaited blueprint for Mideast peace next month at a conference in the region designed to highlight economic benefits that could be reaped if the Israeli-Palestinian conflict is resolved, the White House said Sunday.

The plan, which has been two years in the making, envisions large-scale investment and infrastructure work in the Palestinian territories. But the central political elements remain mostly unknown. And the economic workshop, June 25-26 in Bahrain, will not address the most contentious parts of the conflict: borders, the status of Jerusalem, Palestinian refugees and Israel's security.

In a joint statement with Bahrain, the White House said the workshop will give government, civil and business leaders a chance to gather support for economic initiatives that could be possible with a peace agreement.

The U.S. wants to ensure security for Israel and economic opportunity to improve the lives of Palestinians. The administration hopes that Arab countries will help bankroll economic incentives, such as infrastructure and industrial projects, to get Palestinians to buy into the plan. But with details of the political aspects of the plan still under wraps, any commitments for economic development won't be easily attained.

"The Palestinian people, along with all people in the Middle East, deserve a future with dignity and the opportunity to better their lives," President Donald Trump's senior adviser and son-in-law, Jared Kushner, said in a statement Sunday. "Economic progress can only be achieved with a solid economic vision and if the core political issues are resolved."

Kushner and Jason Greenblatt, envoy of international negotiations, have been leading efforts to write the plan, but so far, there's been no participation from the Palestinians. The Palestinian Authority, which has complained that the White House favors Israel, severed ties with the Trump administration following several actions targeting them.

Trump closed the Palestinian diplomatic mission in Washington, saying the Palestinians refused to engage in peace talks with Israel. The U.S. stopped funding the U.N. agency that helps Palestinian refugees, slashing hundreds of millions of dollars in aid for projects in the West Bank and Gaza and cutting funding to hospitals in Jerusalem that serve Palestinians. Trump also recognized Jerusalem as the capital of Israel and moved the U.S. Embassy there from Tel Aviv.

The Palestinians' demand that Israel fully withdraw from all territories it occupies. Israel captured the West Bank, Gaza Strip and east Jerusalem in the 1967 Mideast war. The Palestinians want those territories for a future state. They also seek the right of refugees to return to the lands and the recognition of east Jerusalem as the capital of an independent Palestine. It's an open question as to whether the Palestinians will exchange some or all of their demands for the prospect of economic prosperity.

In an interview last month with The Associated Press, Palestinian Prime Minister Mohammed Shtayyeh likened that to "financial blackmail, which we reject."

Kushner said it has been disheartening that the Palestinian leadership has attacked the plan before it's unveiled.

A senior administration official told reporters that invitations to the workshop are being sent to individuals in the United States, Europe, the Gulf, the wider Arab world and "some" Palestinian business leaders. The Trump administration decided to roll out the economic and political parts of the plan separately, the official said, adding that there will be no discussion about the political aspects of the plan at the upcoming workshop.

Earlier this month, Kushner insisted that the plan he's helped craft is a very detailed, fresh approach that he hopes will stimulate discussion and lead to a breakthrough in solving the decades-old conflict. At a think tank in Washington, Kushner described it as an "in-depth operational document" not anchored to previous, failed negotiations, high-level political concepts or stale arguments.