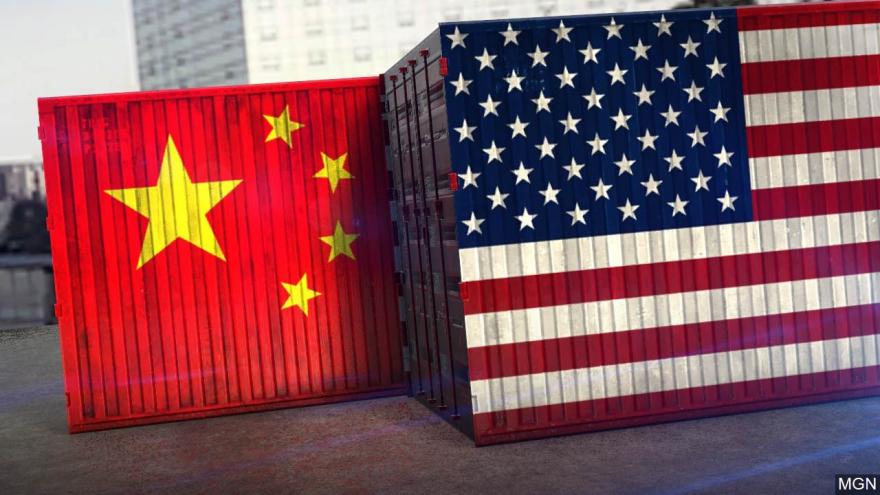 WASHINGTON (AP) — The U.S. Treasury Department labeled China a currency manipulator Monday after Beijing pushed down the value of its yuan in a dramatic escalation of the trade conflict between the world's two biggest economies.

The decision, which came hours after President Donald Trump accused China of unfairly devaluing its currency, marks a reversal for Treasury: In May, it had declined to sanction China for manipulating its currency.

The U.S. had not put China on the currency blacklist since 1994.

The designation could pave the way for more U.S. sanctions against China.

Earlier Monday, China had allowed its currency to weaken to an 11-year low, a move that gives its exporters a price edge in world markets and eases some of the damage from U.S. tariffs on Chinese products.

Trump had gone on Twitter to denounce China's move as "currency manipulation." He added, "This is a major violation which will greatly weaken China over time."

In a statement, Treasury said it would work with the International Monetary Fund "to eliminate the unfair competitive advantage created by China's latest actions."

"This is an extraordinary action of hostility against a major trading partner, with little economic basis and again driven mostly by presidential whims," said Cornell University economist Eswar Prasad, former head of the China division at the International Monetary Fund. "The timing and apparent logic for Treasury's designation of China as a currency manipulator reeks of arbitrariness and retaliation, and will inflict further damage on an already wounded relationship between China and the U.S."

China's central bank sets the exchange rate each morning and allows the yuan to fluctuate by 2% against the dollar during the day. The central bank can buy or sell currency — or order commercial banks to do so — to dampen price movements.

China's central bank blamed the yuan's drop on "trade protectionism" — an apparent reference to Trump's threat last Thursday to impose tariffs Sept. 1 on the $300 billion in Chinese imports to the United States in addition to the $250 billion he's already targeted.

For more than a year, the U.S. and China have been locked in a trade war over allegations that Beijing steals trade secrets and pressures foreign companies to hand over technology.