US victims in Mexico attack were from Mormon offshoot community 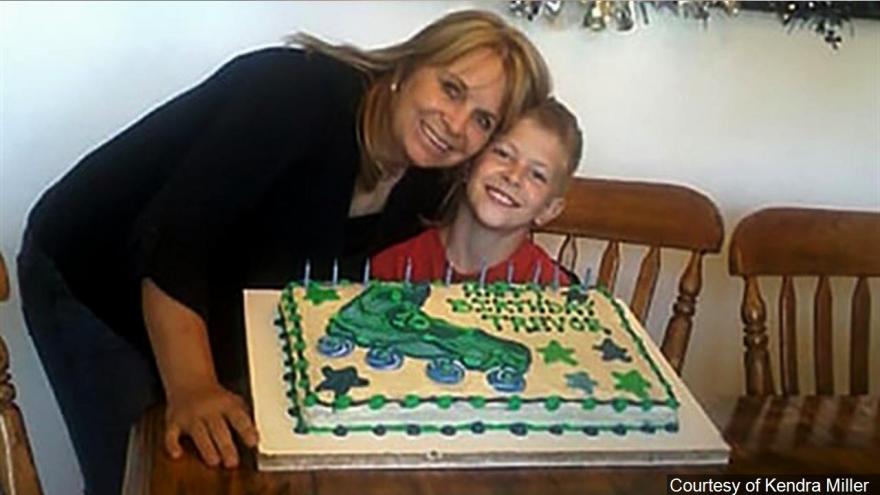 Dawna Langford and her son Trevor were killed in a Mexican highway ambush., Photo Date: undated

MEXICO CITY (AP) — The nine women and children killed by drug cartel gunmen in northern Mexico lived in a remote farming community where residents with dual U.S.-Mexican citizenship consider themselves Mormon — with many descended from former members of The Church of Jesus of Latter-day Saints who fled the U.S. to escape the church's 19th century polygamy ban.

La Mora, population less than 1,000, lies in a desert valley ringed by rugged mountains about 70 miles south of the border towns of Douglas, Arizona and Agua Prieta in Mexico's Sonora state.

While many La Mora residents identify as Mormon, they also consider themselves independent from The Church of Jesus Christ of Latter-day Saints, said Cristina Rosetti, a Mormon fundamentalism scholar and expert.

Many of the families living in the area known for growing cotton and grain trace their La Mora origins to the 1950s — and some have much deeper roots.

The victims, including 8-month old twins, died in an ambush as the three SUVs they were in traveled along a dirt road in a remote, mountainous area where the Sinaloa cartel has been in a turf war. Eight youngsters were found alive after hiding in brush, but at least five had gunshot wounds or other injuries, officials said

The three women who died were the aunt and cousins of Terry Langford, who said his relatives had used the road many times without problems. Langford, who splits his time between a Salt Lake City suburb and a home he owns in La Mora, said his aunt was on her way to Phoenix to pick up her husband at the airport and that the other women were heading to visit relatives in Mexico.

A La Mora resident who spoke on condition of anonymity said his great grandfather settled there in the late 1890s or early 1900s after leaving the U.S. and was later run back across the border by Mexican revolutionary Pancho Villa.

The great grandfather didn't return, but the resident's grandfather moved back to La Mora in the 1950s along with others, said the resident, who feared that he could be targeted by the cartel if he was identified.

Although many La Mora residents believe in mainstream Mormonism tenets, they also believe "they shouldn't be forming churches, they shouldn't be organizing under one leader. They should just be Mormon and live their Mormon life. That's who the people of La Mora are," Rosetti said.

Some of the families living there still practice polygamy while others stopped generations ago, she said.

Matthew Bowman, an associate professor of history and religion and Howard W. Hunter Chair in Mormon Studies at Claremont Graduate University in California, said the communities first sprang up after the U.S. government started prosecuting polygamists during the 1870s.

The Church of Jesus Christ of Latter-day Saints responded by settling colonies outside the U.S. in Mexico and Canada. Some still exist in Mexico's state of Chihuahua, which borders Sonora State, where La Mora is located.

The church abandoned polygamy in 1890, though some members continued to practice it. In the 1920s, church leaders mounted an aggressive campaign against those members, excommunicating some and applying church discipline, Bowman said.

That sent some fundamentalists into northern Arizona and others south to Mexico.

Better known than the Mormons from the La Mora community are the founders and descendants of Colonia LeBaron in Chihuahua state.

Alma LeBaron moved his family to Chihuahua when The Church of Jesus Christ of Latter-day Saints church was expelling polygamists. After his death, his sons established the fundamentalist Church of the Firstborn of the Fullness of Times, Bowman said.

That community got international attention in 2009 when 32-year old Benjamin LeBaron was killed by cartel gunmen in retaliation for his public anti-crime activism. His younger brother had been kidnapped and even after his safe release Benjamin LeBaron continued demonstrating against crime and demanding better security in the area.

Through intermarriage over the generations, the LeBaron surname became common in La Mora, Rosetti said. But since the family name is so widely associated with the church, La Mora residents consider themselves "independent Mormons" to stress they have no connection to the Church of the Firstborn of the Fullness of Times, she said.

Many of the communities Mexico maintain strong ties with the U.S. and increasingly send their children there to study or work as the Mexican communities diversify with residents who are not church members.

"These colonies have been withering a little bit to begin with," Bowman said. "There have been incidents with the cartels in the colonies in the past 15 years ... This kind of thing has been a problem for a while and I think it's part of why many of the people there are leaving."

The Church of Jesus Christ of Latter-day Saints this year launched a campaign for people to stop using the shorthand church names "Mormon" and "LDS." Church president Russell M. Nelson said the Lord impressed upon him the importance of the full name and that leaving it out was "a major victory for Satan."