US warns citizens abroad to return or they risk getting stuck 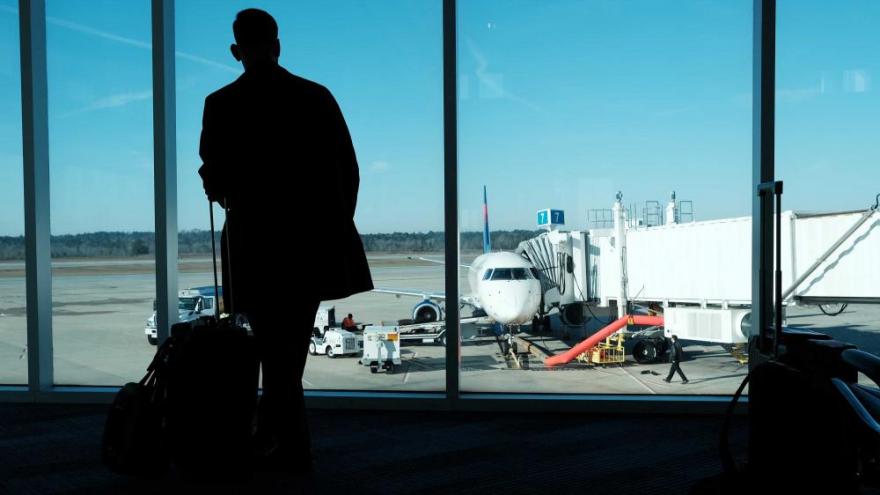 State Department officials warned Americans stranded overseas Monday by the coronavirus pandemic that they should make plans to return to the US while the government is able to help them or be prepared to shelter in place indefinitely.

(CNN) -- State Department officials warned Americans stranded overseas Monday by the coronavirus pandemic that they should make plans to return to the US while the government is able to help them or be prepared to shelter in place indefinitely.

"We do not know how long commercial flights will remain available, nor do we know how long the US government will be able to facilitate additional flights, where commercial options no longer exists," said Ian Brownlee, the State Department's principal deputy secretary in the Bureau of Consular Affairs. "It is therefore imperative that US citizens make plans now to avail themselves of these options."

Brownlee said the State Department has helped bring more than 25,000 Americans home from over 50 countries as of Monday, have identified 100 additional flights next week that can be used to repatriate Americans and identified an additional 9,000 citizens who have reached out for help. Many Americans are stranded in Peru, where quarantine measures and closed borders have trapped them inside the country.

'Working around the clock'

Brownlee referred to Americans who are staying overseas by choice, saying that, "we are seeing more US citizens decide to stay abroad and ride out this crisis where they are. If people decide not to take advantage of these flights now, they will also need to hunker down where they are."

As of Monday afternoon, there were more than 750,000 cases of coronavirus infection worldwide, and more than 35,000 deaths, according to Johns Hopkins University. The US registered at least 140,570 cases and 2,443 deaths by Monday morning, making it one of the fastest growing centers for the outbreak.

"Our consular officers at home and abroad are working around the clock to bring home as many Americans as possible" from places such as Dhaka, Bangladesh and Tegucigalpa, Honduras, Browlee said.

Brownlee said that the State Department had brought approximately 2,800 US citizens back from Peru to date and that two more flights will leave on Monday from Lima and Cusco, with buses bringing in US citizens from outlying areas.

Richard Perks, one of several Americans stuck at Pariwana Hostel in Cusco, won't be on any of these flights for the foreseeable future, though he would like to be.

Three people in his group and three other Americans were assigned to repatriation flights on Sunday, but were stopped by police enforcing the quarantine when they tried to leave the building.

"The other three citizens tried to leave, and the military outside held them at gunpoint," he told CNN, adding that nobody answered at the US Embassy when they tried to call.

One of those travelers told CNN that they had tried to explain the situation and show their passports and travel documents to the police, but officers warned them to "get behind the door" of the hostel and one officer brandished a pistol in the air.

This stranded American said Sunday that they had received only one email from the US Embassy in Lima. The response, which the traveler described as a generic acknowledgment of the situation, came six days after they had written to the embassy with concerns about "boarding a repatriation flight, malnutrition (sometimes we have no breakfast, no dinner and only lunch), and the loss of basic hygiene such as soap for washing our hands."

Perks said he didn't see the hostel as having a shortage of food, but he did say there were staff shortages. "The head chef fell ill a couple days ago, so we have really only gotten lunch the last few days," he said.

On Monday, Perks told CNN that there are now five more positive cases of Covid-19 at the hostel. The Peruvian government had moved dozens of guests from the hostel to an "undisclosed" location on Sunday night, Perks told CNN, expressing optimism that his traveling party would be moved that night.

The other stranded traveler told CNN Monday that they were among those moved from the hostel to a hotel, but they are still not being permitted to leave. "We are not allowed to step a foot outside our doors even," they said.

Brownlee, who heads the department's repatriation task force, said he was aware of US citizens under quarantine in Peru who are stuck in facilities where they are staying.

"Quarantine measures during the outbreak of Covid-19 are enforced by Peru's Ministry of Health, and exceptions are not made for international tourists," he said.

Brownlee said the State Department is "working to assure that travelers placed under quarantine have access to appropriate food and healthy living conditions" and urged Americans to follow the Peruvian quarantine guidelines.

Brownlee admitted the State Department is facing a staffing challenge as it struggles to help Americans across the globe in this unprecedented crisis and specifically mentioned Peru. "Posts around the world are facing reduced staff," he told reporters Monday.

Where needed, the agency is sending additional staff to assist, with seven extra people dispatched to Lima to help the embassy, including the principal deputy assistant secretary in the Bureau of Western Hemisphere Affairs, Julie Chung. Chung and the most senior US diplomat in Peru raised the plight of Americans like Perks with Peruvian government officials "at the highest level," Brownlee said.

He urged US citizens around the world to register with the department's Smart Traveler Enrollment Program to get the latest information and to check the travel.state.gov site for the latest updates.