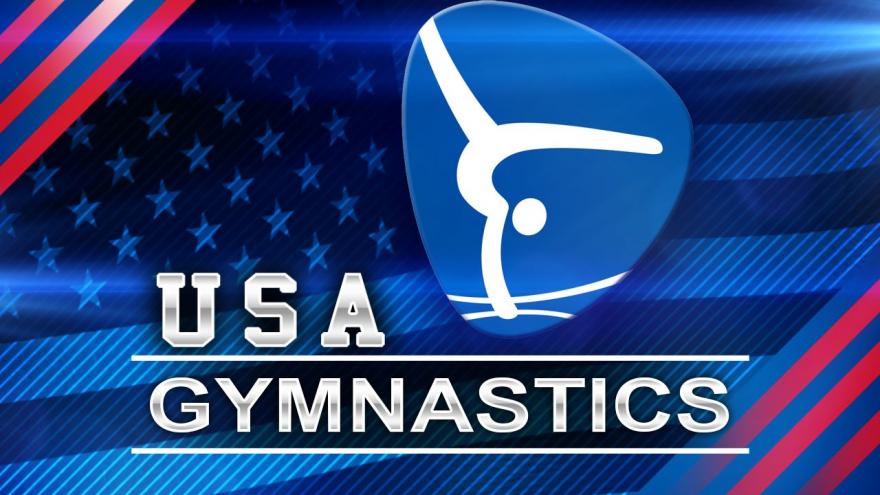 (CNN) -- The revolving door of USA Gymnastics' top leadership keeps spinning as the organization struggles to recover from the Larry Nassar scandal.

Less than a week after taking over USA Gymnastics, former US Rep. Mary Bono has resigned as interim president.

Bono took the helm just a month after embattled president and CEO Kerry Perry quit. Perry, who had only been on the job for nine months, was criticized for what many considered to be inadequate action and boilerplate soundbites after the Nassar sex abuse scandal.

On Tuesday, four days into her new job, Bono announced her resignation.

"It is with profound regret, coupled with a deep love for the sport of gymnastics and respect for those who aspire to be great gymnasts, that I today tendered my resignation as the interim CEO of USA Gymnastics," Bono said in a statement.

"My withdrawal comes in the wake of personal attacks that, left undefended, would have made my leading USAG a liability for the organization."

"don't worry, it's not like we needed a smarter usa gymnastics president or any sponsors or anything," Biles tweeted. Others said Bono's tweet was tone deaf, saying it was the suppression of athletes' voices that allowed Nassar's abuse to fester.

"I deeply regret posting the tweet because I respect everyone's views and their fundamental right to express them," Bono said in a statement Saturday. "This in no way reflects how I will approach my position at USA Gymnastics. I will do everything I can to help change the culture and to work with the entire community to build an open, safe and positive environment."

After that, Olympic gold medalist Aly Raisman and others slammed USAG's decision to appoint Bono because she used to work for the law firm Faegre Baker Daniels. A former attorney for that firm helped USA Gymnastics craft false statements about Nassar, an investigation by The Indianapolis Star revealed.

Emails obtained by the Star show that attorney worked with Nassar on cover stories about why Nassar -- a former USA Gymnastics team doctor -- couldn't go to big events leading up to the 2016 Rio Olympics.

They settled on excuses like Nassar was sick, or he was focusing on his private practice, the Star reported. But, in reality, Nassar was being investigated for child sex abuse.

Raisman lambasted the hiring of Bono in a series of tweets.

"My teammates & I reported Nassar's abuse to USAG in 2015. We now know USOC & lawyers at Faegre Baker Daniels (Mary Bono's firm) were also told then, yet Nassar continued to abuse children for 13 months!? Why hire someone associated with the firm that helped cover up our abuse?" Raisman posted.

Faegre Baker Daniels released a statement to the Star, saying the firm actually helped report Nassar to the FBI in 2015 -- "a fact that refutes any claim of a cover up." It declined to comment further, citing client confidentiality.

USA Gymnastics clarified that Bono was not involved in working with Nassar during her time at Faegre Baker Daniels.

"Faegre Baker Daniels is a large, global firm that has a number of divisions and areas, and Mary was not involved in FBD's work with USA Gymnastics as counsel of record."

The resignations of Bono and Perry are the latest in a series of high-profile departures from USA Gymnastics in recent months.

In August, after only three days on the job, elite development coordinator Mary Lee Tracy was asked to resign after she had "inappropriately contacted a [Nassar] survivor, who is also a represented plaintiff, in response to that survivor's public criticism of her," USAG said.

"We strongly believe in a culture that encourages our athletes and survivors to speak up and make their voices heard," USAG tweeted.

And in May, USAG said the head of its women's program, Rhonda Faehn, was no longer with the organization. Then-CEO Perry would not say whether Faehn was fired or resigned, calling Faehn's departure a "personnel matter that we will not discuss in detail."