Using a smartphone to sound out sign of kids' ear infections 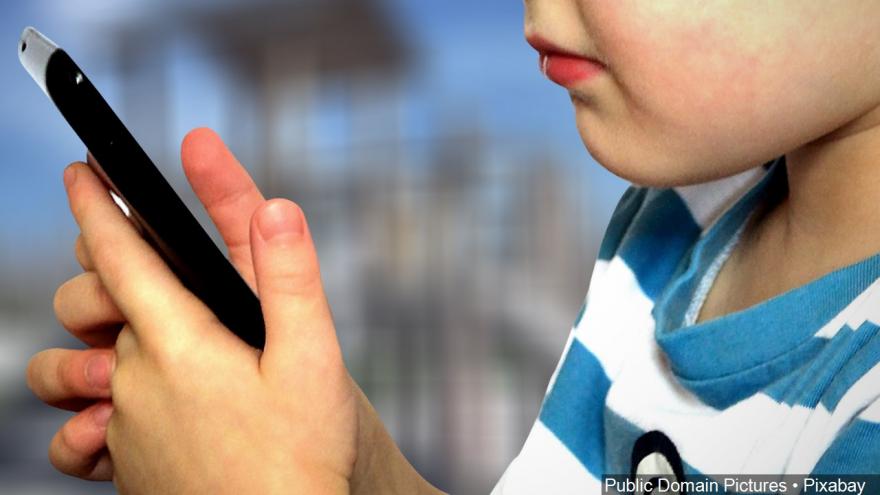 WASHINGTON (AP) — Researchers have created a way for a smartphone to "hear" a warning sign of ear infections — fluid buildup behind the eardrum.

If it pans out, parents might one day check their tots' ears at home simply using a phone app and "stuff you have around the house — paper, tape and scissors," said one of the lead researchers, Dr. Sharat Raju of the University of Washington.

Ear infections are one of the most common reasons for pediatrician visits. Even if there's no infection, fluid that builds up in the middle ear still can be painful and sometimes can muffle hearing enough to affect speech development.

Diagnosis is difficult. Usually a pediatrician will peek into the child's ear to see if the eardrum is inflamed, and parents can buy devices that use cameras to do the same thing. But ear specialists tend to use pricier, more complex tests that measure if the eardrum is pliable enough to vibrate correctly in response to sound, or is stiff from the pressure of fluid behind it.

A team of engineers and doctors at the University of Washington developed a simple smartphone approach for acoustic testing: Cut a piece of paper, fold it into a funnel shape and tape it around the phone's microphone and speakers. Aim the funnel at the ear canal to focus sound. An experimental app beams in birdlike chirps, at a specific frequency. The microphone detects sound waves bouncing off the eardrum.

The app analyzes that echo, a broad-spectrum vibration from a healthy eardrum. Pus or uninfected fluid alters the eardrum's mobility and changes the reflected sound. The app sends a text saying whether it's likely that middle-ear fluid is present — one piece of information, along with other symptoms, that might be used for diagnosis.

"This type of technology could potentially avoid needless doctor visits," said Dr. Justin Golub, a Columbia University ear specialist who wasn't involved with the research. Golub often sees patients with suspected ear infections who don't actually have one. He called the tool's accuracy "quite impressive."

Researchers tested the system on 98 ears, in children older than 18 months who were about to undergo surgery at Seattle Children's Hospital. Half were having ear tubes implanted, so doctors could tell exactly how much fluid was present to compare with the smartphone results. The system detected fluid as well or better than specialized acoustic testing devices, the team reported Wednesday in the journal Science Translational Medicine.

A smaller test showed similar results as young as 9 months. And in a separate experiment involving 25 kids' ears, parents used the smartphone to check for fluid just as well as doctors did.

"Examining ears is difficult," and better tools are needed for doctors, too, said Dr. Alejandro Hoberman, pediatrics chief at UPMC Children's Hospital of Pittsburgh, who also wasn't part of the research.

But just because there's fluid present doesn't mean it's infected — and Hoberman worried that at-home use of such a device "may alarm parents" and pressure doctors to prescribe unnecessary antibiotics.

Dr. Randall Bly, a University of Washington ear specialist and study co-author, says the smartphone approach is a bit like using a thermometer in deciding when to call a doctor. If it finds no sign of fluid, "then you can be pretty confident the fever or whatever is probably not related to an ear infection," he explained.

But lots of children have persistent ear fluid without infections — and they're supposed to be tracked for months in deciding if they need ear tubes. At-home monitoring would be easier and cheaper than repeated doctor visits just for an ear test, added Raju, a surgical resident.

That's one reason the American Academy of Otolaryngology in 2016 called for development of at-home strategies to detect fluid buildup in the ears.

The research was funded in part by the National Science Foundation and National Institutes of Health. The university filed for a patent, and the researchers are seeking Food and Drug Administration approval to sell the app.