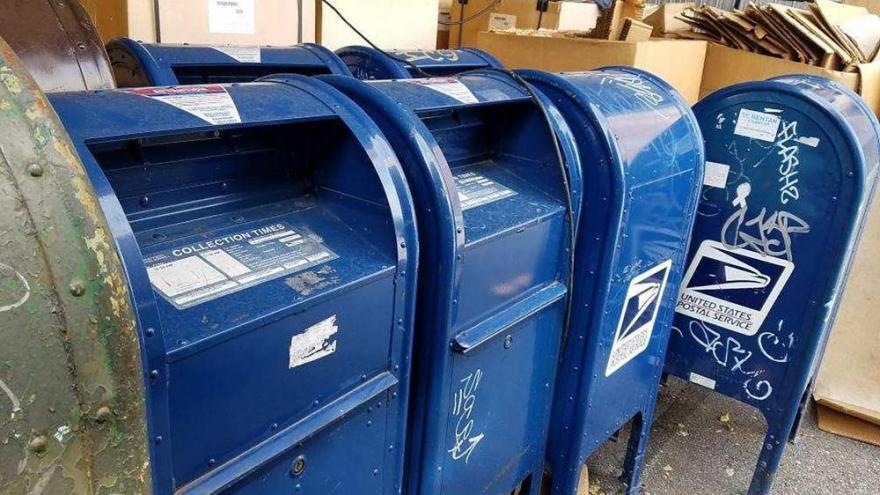 (CNN) -- Representatives at the United States Postal Service's national headquarters in Washington were still unable to confirm whether they would stop removing letter collection boxes as of Saturday afternoon.

Rod Spurgeon, a USPS spokesperson for the service's Western region, told CNN on Friday night that postal employees in 16 states and parts of two others would stop the removal of letter collection boxes until after the election.

But it's unclear whether or not the policy confirmed by Spurgeon is still in effect or if they will be returning the removed letter collection boxes to their previous locations.

That's because the USPS' reorganization plan took effect on Saturday, completely changing the geographical divisions of the entire postal service: the Western region is now significantly bigger in the retail and delivery and the logistics and processing operations.

CNN has reached out to Spurgeon for an update, and repeated inquiries to other regional and state USPS spokespersons went unanswered.

The news comes as CNN and other news organizations reported that in the last week, the USPS has removed letter collection boxes in at least four states: New York, Oregon, Montana and Indiana.

CNN also reported that the USPS began notifying postal workers in at least three states -- West Virginia, Florida and Missouri -- that they will start to reduce their retail operating hours, according to union officials.

On Friday afternoon, USPS spokesperson Kim Frum suggested the removal, and installation, of the almost 142,000 letter collection boxes nationwide was routine, and "has been based on mail volume received in those boxes."

Frum said that the postal service has been putting more emphasis on stabilizing the number in use and moving "low-use boxes to high traffic areas." She has not responded to CNN's questions about the reduced hours in West Virginia, Florida and Missouri.

The removal of the letter collection boxes drew intense criticism from Democrats, including presumptive Democratic presidential nominee Joe Biden, who called the removal "bizarre" during an online fundraiser Friday evening.

In a letter to newly installed Postmaster General Louis DeJoy, Sen. Jon Tester, a Montana Democrat, asked for the head of the USPS to confirm the removal of collection boxes, the rationale for the move and what has been communicated to the public on the matter.

All this comes amidst the run-up to the 2020 presidential election in November, as many voters across the US are expected to vote by mail because of the Covid-19 pandemic. Although they have repeatedly tried to reassure voters they can handle the influx of mail-in ballots, in newly released letters the USPS sent warnings to nearly every state that slowdowns in delivery could cause ballots to show up late and not be counted.

Union officials have said their workers are committed to making sure the mail-in vote is handled quickly and appropriately.

President Donald Trump has frequently attacked the postal service in recent weeks. DeJoy, as the new postmaster general, has been making sweeping changes to the public service, such as rolling back overtime, which has led to service slowdowns.

The USPS has blamed the coronavirus pandemic, along with its business model, for the need to cut costs.