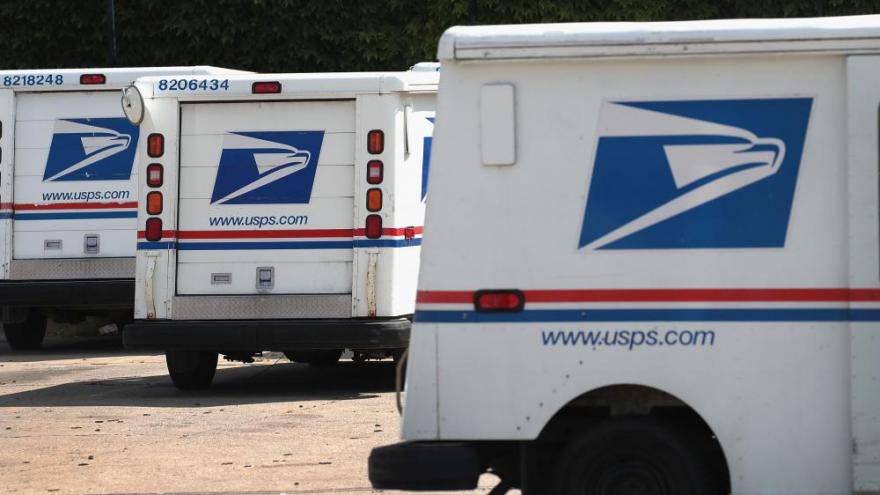 The attorney for Jacob Blake, Ben Crump, sent the following photo to CNN reporter Sara Sidner. Crump confirmed to Sara via text that it's a photo of Blake and his four sons. We do not know whether any of these boys were in the vehicle when Blake was shot and should not imply any of them were.

(CNN) -- An audit of the US Postal Service by its watchdog agency flagged several serious concerns ahead of the November election, including thousands of unprocessed ballots found in mail-processing facilities and millions of ballots and other political mail not delivered on time.

While it was conducted before Postmaster General Louis DeJoy was installed and implemented several controversial changes, it raises serious concerns about November's election, in which millions of Americans are expected to vote by mail.

According to the USPS Office of the Inspector General, the report was done to evaluate the readiness of the USPS for the election.

In addition to potential issues already flagged by USPS, like election mail being sent too close to the election by election boards and not getting processed in time, the report raises concerns about problems like voters' addresses being out of date, ballot envelopes mailed out by states that did not have tracking bar codes, and flawed ballot envelopes that are unable to be processed, issues that are not necessarily the fault of the Postal Service.

The audit took place during special and primary elections in May and June and included reviewing operations at processing and distribution centers that were processing mail for a special or primary election in each of the seven Postal Service areas. The facilities reviewed were Santa Clarita, Portland, Indianapolis, Baltimore, Charleston, Brooklyn and Oklahoma City processing and distribution centers.

When Oklahoma City and Baltimore center management was made aware, auditors say, they immediately processed the election materials for delivery.

Inspectors found approximately 200 ballots in one facility and 68,000 pieces of political mail in another that had not been processed.

An analysis of data determined the total number of identifiable election and political mail pieces not delivered on time from April through June 2020 for the processing facilities was about 1.6 million (8%) of 20.2 million total.

USPS has repeatedly encouraged election officials across the US to send mail-in ballots to voters with first class postage. But according to the audit, first-class election mail on-time delivery was down 1.7% when compared with the same period in January 2018.

CNN has asked USPS for comment on this story but has not yet received a response. Last month, DeJoy told Congress that "the Postal Service is fully capable and committed to delivering the nation's election mail securely and on time."

Some of the notable problems within the report happened outside of the control of the Postal Service, originating at the state and local election board level.

For example, election boards mailed more than 1 million ballots to voters late (within seven days of an election), the report said, putting these ballots at high risk by not allowing sufficient time for delivery to voters and their subsequent return to the election boards.

The report cites the following examples:

Another worrying statistic in the report: Fewer than 4.1 million (13%) of the 31.1 million vote-by-mail ballots had bar codes that could be tracked.

Earlier this year, the Postal Service sent letters to states warning them of many of these issues.

The report cited poor management for many of the issues.

"These issues occurred due to a lack of management oversight and unclear guidance regarding who is responsible for completing all-clear certifications, checklists, and logs; who ensures issues are resolved; and how often these items should be completed and maintained," the report says.

One of DeJoy's first moves after becoming postmaster was a major management shake-up.