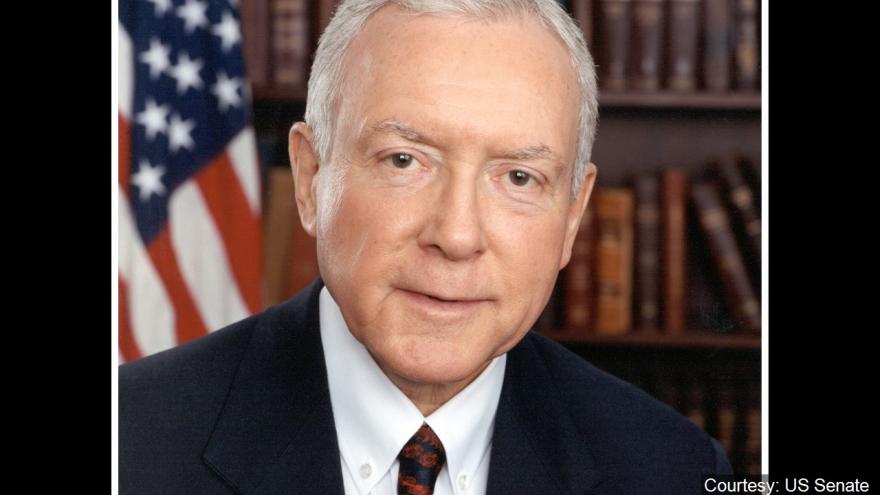 He said in a social media message, "after much prayer and discussion with family and friends I've decided to retire at the end of this term."

Hatch, the Senate's longest serving Republican, has wrestled with the decision for months, emboldened by the entreaties of President Donald Trump, to seek an eighth term.

During an event last month at the Utah Capitol where Trump celebrated the administration's decision to shrink the Bears Ears and Grand Staircase-Escalante national monuments, Trump called Hatch "a true fighter" and said he hoped the Republican would continue to serve "in the Senate for a very long time to come."

The 83-year-old Hatch set off retirement rumors early last year when he said in an interview that he hoped to see Romney one day take his place. But he reversed course and repeatedly insisted to reporters that he "intended" to seek re-election. Last month, Hatch reveled in the spotlight as chairman of the Senate Finance Committee while shepherding a massive tax bill through the Senate -- attention, friends and colleagues said, that made him lean toward running again.

If Hatch had opted to stay in the Senate, he could have faced a formidable challenge from a crop of ambitious Utah Republicans. Boyd Matheson, the former chief of staff to Sen. Mike Lee, seriously considered a bid last fall -- going so far as to meet with former Trump strategists Steve Bannon and David Bossie.

But as it became clear that Mitt Romney would likely run if Hatch bowed out, Matheson withdrew from contention -- an acknowledgment that the 2012 Republican presidential nominee is wildly popular in Utah and would have little trouble securing the seat.

Romney did not have an immediate public reaction to Hatch's announcement.

While Hatch is revered for his long service to Utahns and easily won re-election last cycle after spending $10 million, voters are clearly restive. Three-quarters of Utahans said it was time for someone else to serve in the Senate, according to a poll late last year by the Hinckley Institute at the University of Utah.

In December, The Salt Lake Tribune published a scathing editorial calling on Hatch to step down -- as the paper named him as "The Tribune's Utahn of the Year," noting that he has never wielded more clout.

The editorial criticized Hatch for "his utter lack of integrity that rises from his unquenchable thirst for power." The editorial board noted that Hatch promised that 2012 would be his last race: "Clearly it was a lie."

"It would be good for Utah if Hatch, having finally caught the Great White Whale of tax reform, were to call it a career," the editorial board wrote. "If he doesn't, the voters should end it for him."

The newspaper pointed out that Hatch, who has referred to himself as "a tough old bird," has faced questions about his age and his health -- acknowledging that his decision on whether to run again would likely hinge on his own health and the health of his wife.

"He has been a senator from Utah longer than three-fifths of the state's population has been alive," the editorial board wrote.