Utility: It will take 15 years to remove dead Detroit lines 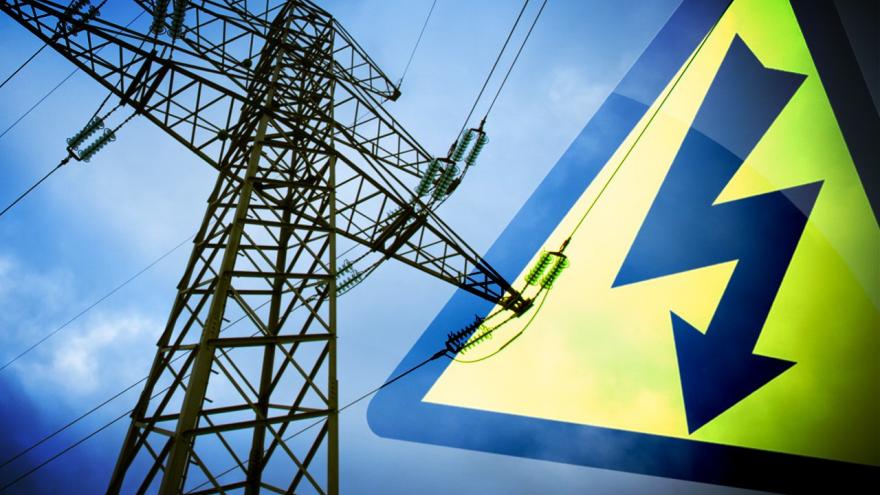 DETROIT (AP) — A utility said it will take years to remove 1,300 miles of obsolete power lines in Detroit, an issue that caught the attention of state regulators after a 12-year-old girl was electrocuted while playing with friends in 2016.

The inactive power lines, known as arc wire, belong to the city, not DTE Energy. But the Michigan Public Service Commission wants the utility to remove them from poles because they can become energized if they touch DTE's live lines.

That is how K'Brianna Griffin died nearly two years ago. She was making a video in a friend's yard when she backed into a power line that had dropped and was resting on an active line high above her.

"There is a sense of urgency in dealing with the arc wire, in that lives may be harmed or lost so long as the wire remains in proximity to DTE Electric's distribution system. DTE Electric must take a proactive approach," the three-member commission said in March, referring to the name of a DTE subsidiary.

In response, DTE told regulators that it can remove Detroit's old arc wire when it's making upgrades to its own system. But it won't be a fast task: The company said 50 percent would be removed within five years; 80 percent within 10 years; and 100 percent within 15 years. The abandoned wire once powered street lights across the city.

"We look holistically at the system and prioritize projects accordingly for the safety of our customers, employees and the community," spokeswoman Randi Berris told The Associated Press.

The commission has told its staff to respond to DTE's plan by July 31.

Meanwhile, a wrongful death lawsuit filed by K'Brianna's family is pending against Detroit and DTE.

Weeks before the girl's death, a DTE worker saw the downed arc wire, taped off the area, warned neighbors and notified the city. The city, however, never removed it.

The city is claiming governmental immunity in the lawsuit. DTE said it's not responsible for the "tragedy."