Vanity Fair editor pushes back on Beto: 'I mean, he did say it' 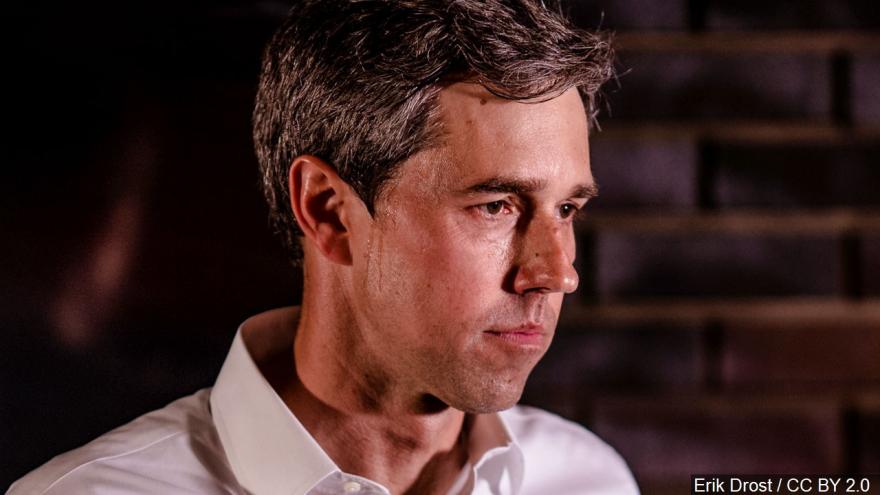 (CNN) -- Beto O'Rourke has some regrets about his presidential campaign rollout, lamenting a quote that appeared on a cover of Vanity Fair announcing his run. But the magazine's top editor has no second thoughts.

"I'm really proud of it, I'm proud that we got it, and I'm proud that it's still driving conversation," Vanity Fair editor-in-chief Radhika Jones said of the March issue that launched O'Rourke's 2020 bid.

O'Rourke has hit a wall since then, as he has struggled to distinguish himself in a crowded field of Democrats vying for the party's nomination. He has embarked on something of a campaign restart this week, ramping up media appearances in the hopes of reviving his mediocre poll numbers.

The Texas Democrat expressed almost immediate regret about the Vanity Fair issue, which featured a photo shoot by portrait photographer Annie Leibovitz and a quote from O'Rourke splashed across the cover -- "I want to be in it. Man, I'm just born to be in it" -- that drew cries of male privilege.

"I saw the cover with that quote 'born to run' or 'born to do this' and I was like, man, I hope I didn't say that," he said while talking to reporters in Wisconsin days after announcing his bid. "I think the context of that, which makes sense and is the way that I feel is that I'm born to serve. I'm born to try to help bring people together."

In an interview Wednesday on "The View," O'Rourke once again discussed the cover, saying "[t]here are things that I have been privileged to do in my life that others cannot."

But in an interview with CNN's Christiane Amanpour that will air Friday, Jones said she has no remorse.

"I mean, he did say it. And I have felt actually it is clear what he meant, and I'd also say a lot of people have interpreted this cover differently. That's always the case with covers I find," Jones said.

Jones took over as editor in chief of the venerable publication last year after longtime editor Graydon Carter announced that he was stepping down after 25 years. She previously served as the editorial director of The New York Times books department and as editor at Time magazine.

"You know, I've presided over a lot of magazine covers in my day and the truth is you can never exactly game out how something's going to go over," she told Amanpour. "But I do think that what they talked about and what we also thought about when we were working on the piece and thought about in all of our coverage on this campaign is that there are big themes rising up in 2020, and some of them do have to do with privilege and accessibility and precedent. And if we are driving part of that conversation, I think that's exactly what our job is."