Veteran charged in Capitol attack worked in Marine One unit 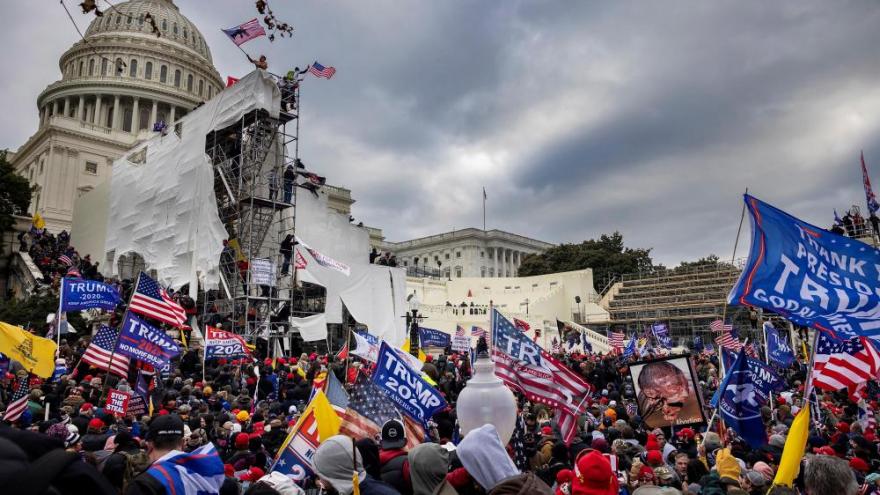 According to Pentagon records, one of the veterans charged in the Capitol insurrection, picture on March 6, worked in the Marine Corps unit responsible for transporting the president and operating his helicopter, Marine One.

(CNN) -- One of the veterans charged in the Capitol insurrection worked in the Marine Corps unit responsible for transporting the president and operating his helicopter, Marine One, according to Pentagon records.

Military records obtained by CNN show that John Andries served in the Marine Corps from 2004 to 2009 and was assigned to the Marine Helicopter Squadron One, the unit responsible for transporting the president, also known as HMX-1. Andries was not a pilot, but his records indicate he was a Helicopter Crew Chief.

It is not immediately clear to CNN whether he ever had any direct contact with former President George W. Bush or former President Barack Obama while serving in the helicopter unit, which requires higher security scrutiny for members. Andries' role with the presidential squad was first reported by The Washington Post.

Prosecutors say Andries, 35, breached lightly-protected barriers outside the Capitol and entered the building through a broken window. Video footage shows him facing off with police inside the Crypt, in the basement of the complex, getting "within inches" of officers but not physically engaging with them, prosecutors said.

The FBI got at least two tips from the public about Andries' alleged role in the attack. FBI agents surveilled his home in January and saw him wearing the same jacket he wore to the Capitol, according to court documents.

He has pleaded not guilty to five federal crimes: entering a restricted building, disorderly conduct, violent entry into the Capitol, impeding passage through the Capitol and unlawful demonstration at the Capitol.

The Justice Department did not seek his detention and a federal judge released him shortly after his arrest last month. He isn't charged with any violent crimes, and the five counts against him are misdemeanors.

A lawyer for Andries did not respond to CNN's request for comment on Thursday morning.

Veterans are disproportionately represented among the nearly 300 people facing charges in connection with the Capitol attack. At least 29 current and former servicemembers have been charged so far, and several are allegedly part of extremist groups, according to a CNN analysis of Pentagon records and court documents.