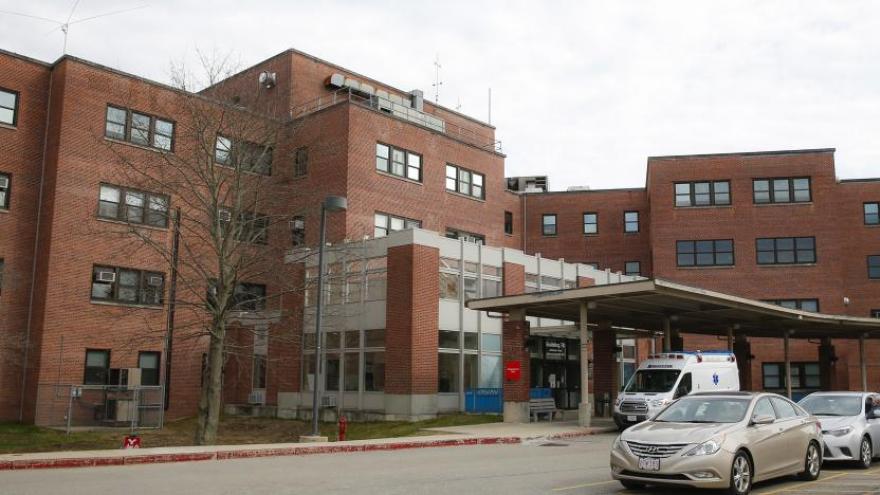 A missing veteran's body was found in a stairwell at Edith Nourse Rogers Memorial Veterans Hospital, or the Bedford VA Hospital in Bedford, Massachusetts.

(CNN) -- The body of a missing veteran was found in a stairwell on the campus of a Massachusetts VA hospital one month after he was reported missing.

The 62-year-old man was found dead in a building on the Bedford Veteran Affairs Hospital campus in Bedford on Friday by another resident, according to the Middlesex County District Attorney's office.

The man, who the district attorney's office declined to name was last seen at the facility on May 8 and had been reported missing on May 13. He was found wearing the same clothing he was reported missing in. The DA's office is conducting an investigation into the circumstances of his death, Meghan Kelly, a spokeswoman, told CNN.

The man was a resident of Caritas Communities, a non-profit dedicated to preventing homelessness, Kelly confirmed.

The organization runs a residential facility called Bedford Veterans Quarters in a space it leases in a section of a building on the VA campus, Caritas said in a news release. The organization provides "on-site staffing to refer and help residents connect to counseling, medical treatment, employment and other services at the VA," the news release said.

Caritas filed a missing person's report for the man on May 13 and had been working with the VA and the Bedford Police to find the resident, the organization said in a statement.

CNN reached out to Bedford Police about details of the search for the man, but was referred to the Middlesex County District Attorney's office because that office is leading the investigation.

Bedford Veterans Quarters has had no Covid-19 cases, Caritas Executive Director Karin Cassel said. According to data provided by the VA, the Bedford VA facility has had 266 cases, including 33 deaths.

Organizations dispute who controls the stairwell

Caritas said the man was found in an "emergency-exit stairwell outside the space leased by Caritas," that is "one of several stairwells that are outside the leased premises of Caritas Communities and are solely controlled by the VA.".

However, the Bedford VA facility said in a statement that the man was found in an area operated by Caritas.

"A non-VA resident was found deceased on the Bedford VA campus in an area leased and operated by a private company," said Kat Bailey, spokeswoman for the facility.

Cassel told CNN Monday the VA's statement is inaccurate, and said she was even warned by the VA that if anyone entered the stairwell, the organization could be evicted.