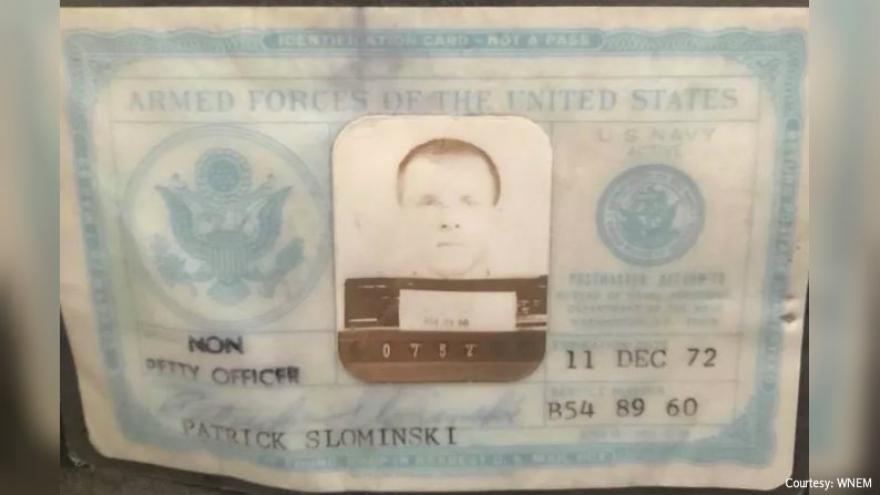 BAY CITY, MI (WNEM) -- A veteran has been reunited with his military ID card that he lost 49 years ago in the Boston Harbor.

Patrick Slominski was serving in the Navy in the winter of 1969 when he lost his military ID when he was on board a ship.

After he lost it, Patrick said he never went back to Boston.

A few weeks ago, Patrick’s ID card washed up on the Boston Harbor shore after a snow storm and some construction workers found the card near an excavator.

Amy Slominski-Austin, the veteran’s daughter, was contacted by one of the construction workers.

The construction worker mailed it to Amy in Bay City and surprised her dad with his card on Saturday, Feb. 3.

Details on the card, such as the thumbprint and signature, are still readable condition.