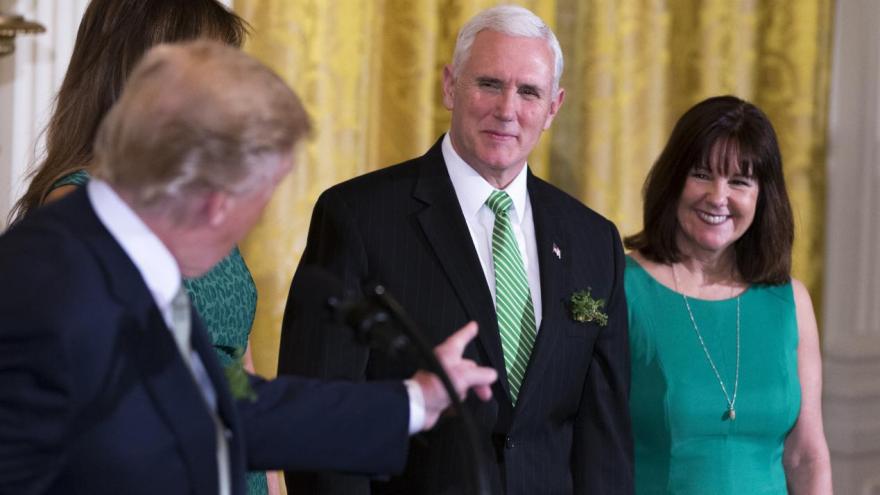 Pence's physician, Dr. Jesse T. Schonau, confirmed the test results on Friday afternoon saying the vice president did not need to quarantine and that he was "not considered a close contact with any individuals who have tested positive for COVID, including" President Donald Trump.

Guidance from the Centers for Disease Control and Prevention state that close contact is defined as a person standing within six feet or closer for 15 minutes or more.

The President and first lady both tested positive for Covid-19 and are isolating at the White House. The diagnosis amounts to the most serious known health threat to a sitting American president in decades.

"We join millions across America praying for their full and swift recovery," Pence wrote on Twitter.

The President's physician, Navy Cmdr. Dr. Sean Conley, said early Friday that Trump and the first lady "are both well at this time."

"Rest assured I expect the President to continue carrying out his duties without disruption while recovering," Conley wrote in a memo to reporters.

If a president is physically unable to execute the powers and duties of his office, a temporary transition of power from the commander in chief to their vice president is laid out in section three of the 25th Amendment.

This story has been updated with additional information on Pence's schedule.