Victim's family speaks out at sentencing for YouTube homicide 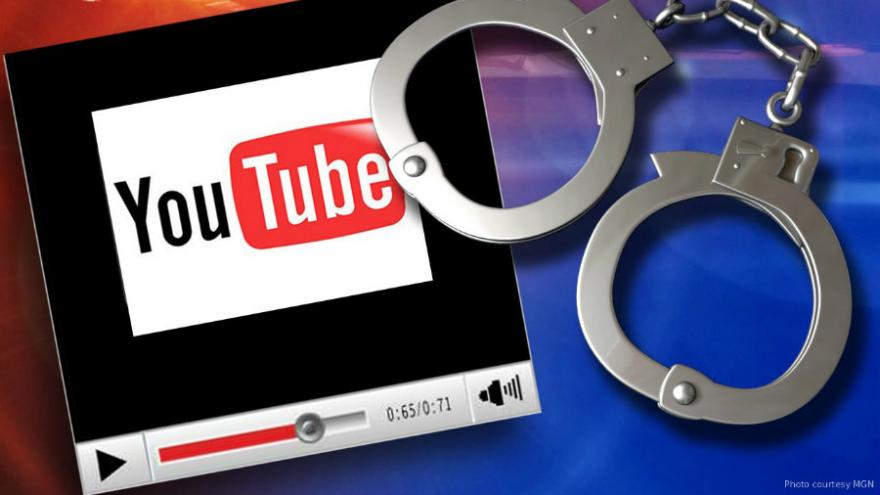 Ada, Minnesota (WDAY)/CNN) -- Paulita Ruiz skipped her prepared statement Wednesday, March 14, and told the woman who shot and killed her nephew in a YouTube stunt gone wrong that she should’ve known better.

“This comes from the heart, where you shot him,” she said during Monalisa Perez’s sentencing at the Norman County Courthouse. “You took him away from us, Mona."

But, when she added, “We don’t hate you,” a scoff could be heard from a man sitting with Perez’s family.

Perez, 20, has pleaded guilty to manslaughter in the second degree in exchange for a 180-day jail sentence. The victim, Pedro Ruiz III, was her boyfriend and the father of her two children.

The stunt that killed him June 26 involved Perez shooting a powerful handgun at a thick, hardcover book that he held to his chest in the mistaken belief that it would be enough to stop the .50-caliber bullet. Ruiz’s family blamed Perez for pulling the trigger, and some even suggested she knew it would kill him. But the prosecutor, Norman County Attorney James Brue, made it clear the idea for the “foolish stunt” came from Ruiz; that was the reason for the relatively short sentence.

Judge Jeffrey Remick accepted the plea deal and allowed Perez to serve her sentence in 10-day increments in South Dakota, where she now lives.

Perez expressed her remorse through her attorney, Public Defender Eric Gudmundson, but didn’t speak in court. She was spirited away by her family after the hearing before reporters could ask questions.

Search for fame Ruiz’s family arrived at the courthouse just before the 1 p.m. hearing wearing T-shirts with his face on the front. On the back of the shirts, some had pictures of the golden Desert Eagle pistol that took his life.

Paulita Ruiz said it was a reminder of how foolish it is to take the risks Ruiz and Perez took just for internet fame and wealth.

Perez’s YouTube channel, which has 25,700 subscribers, shows her life with Ruiz in Halstad, Minn., and their various pranks and stunts. The video of the shooting was never uploaded and was submitted as evidence to law enforcement. The Forum requested a copy, and Brue said he would say next week if he would make it available.

She told Perez that she missed the “funny, crazy, outgoing” Ruiz who took her on vacation in Arizona last year. And she asked how Perez could have started dating again so soon after he died. “I love my cousin and miss him very much,” she said through tears.

Marisela told reporters later that she usually celebrated her birthday with Pedro Ruiz and her recent 13th birthday without him was sad.

Gudmundson told the judge that his client didn’t feel she could make a statement. He said she often cried when discussing the case. Many defendants, he said, feel sorry for themselves but Perez has been truly remorseful.

However, Paulita Ruiz, who said she’s forgiven Perez, faulted her for failing to apologize to the family.

Perez faces two years in prison, though all but 180 days will be suspended for 10 years, during which she will be on probation. Between now and 2020, she must serve 30 days in jail each year by June 26, the anniversary of Ruiz’s death. After this, she can serve the balance of her sentence via electronic home monitoring.

She must also not have any firearms for the rest of her life, must not benefit financially from the incident and pay for Ruiz’s funeral.

The jail sentence is less than what state guidelines suggest, but Brue told the court in a filing that the guidelines make an exception for cases in which “the offender played a minor or passive role in the crime.” The maximum sentence for manslaughter is 10 years in prison and a $25,000 fine, according to the judge.

Brue told the court Wednesday that the sentence balances the need to hold Perez accountable and the fact that the stunt was Ruiz’s idea and he assured her it was safe.

Paulita and Claudia Ruiz, both Pedro Ruiz’s aunts, said they were disappointed the sentence was so short. They disagreed that it was mostly their nephew’s idea.

Only ‘infamy’ As with most cases in Minnesota, reporters were not allowed to bring recording devices into the courtroom. The state has been experimenting with allowing judges to make the call, and The Forum joined with other news outlets in asking for access.

Brue objected to the request, saying Ruiz’s sister and one of his aunts didn’t want recording devices involved in “this matter of great personal loss.” Gudmundson only said Perez objected without giving a reason.

Judge Remick denied the media’s request. In a court filing, he said state law forbids recording devices in domestic violence cases, though he recognized this one was accidental. He also said recordings would discourage victims and their families from submitting impact statements and interfere with defendants’ rights to make a statement.

The judge wrote that Ruiz’s search for fame had cost him his life and given him only “infamy,” which would only be perpetuated by recordings. “The surviving individuals and the families involved in this case need to heal; their submissions indicate a request for privacy, not more attention from the media/press or public.”