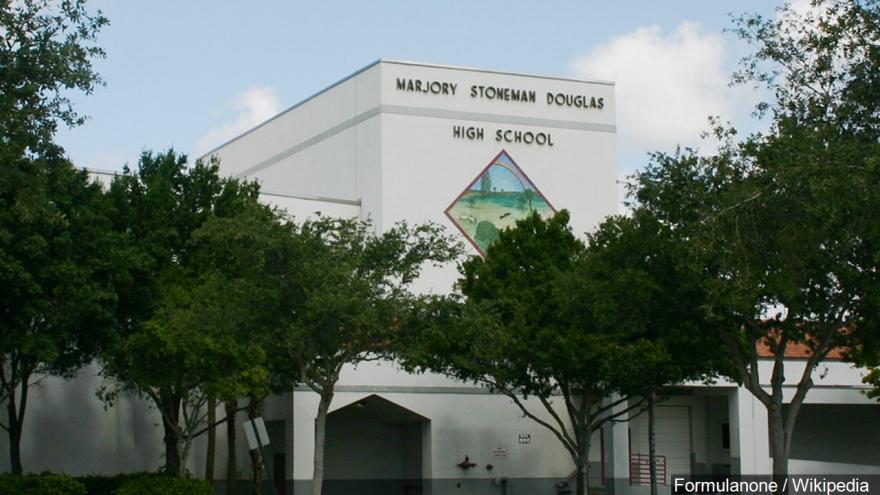 FORT LAUDERDALE, Fla. (AP) — Survivors and family members of the slain victims of the school shooting in Parkland, Florida, sued the school board, sheriff's office and others for negligence Wednesday, saying the agencies initially had promised a financial settlement but secretly worked behind the scenes to prevent a deal.

More than two dozen family members and survivors filed 22 lawsuits in state court in South Florida against the School Board of Broward County; the Broward Sheriff's Office; former deputy Scott Peterson, who was a school resource officer; Andrew Medina, who was a school security monitor; and Henderson Behavioral Health Clinic, a mental health facility where suspect Nikolas Cruz was treated.

"It's a daily struggle. They are not the people they were before February 14," Lisa Olson, whose son, William, was shot in each arm, said at a news conference. "My son didn't go to school today. He couldn't and we have many days like that now."

Cruz, 20, a former student at the school, remains jailed, charged with 17 counts of first-degree murder. He has offered to plead guilty if prosecutors take the death penalty off the table. Prosecutors have refused.

Immediately after the shooting, the families of the victims were approached by the sheriff's office and school board representatives "who said all the right things. They wanted to be a part of the solution...They wanted to help bring justice. We took them at their word," said Todd Michaels, attorney for the family of Joaquin Oliver, who was killed.

Instead, the agencies hired a law firm to lobby the Florida Legislature behind the scenes to stop the resolution, Michaels said.

Mitch Dworet, who lost one son in the shooting and another son was injured, said he wants someone to be held accountable.

"There were failures. I want to be in court," Dworet said. "If you have children you can't imagine the life that I lead now."

About 20 miles (32 kilometers) away, a state commission investigating the shooting heard from four victims' family members who said they were notified their loved ones had been killed in ways that were often confusing and lacking in sympathy or empathy.

The families said they waited hours before being told about the death of their spouse or child and that no one appeared to be in charge of family notifications.

"I threw my phone across the room," said Hixon, whose husband, Chris, was the school's athletic director. "It is not how I should have found out."

Fred and Jennifer Guttenberg learned of the shooting when their son called to say he couldn't find his 14-year-old sister, Jaime.

Fred Guttenberg sent Jaime's friends to hotel near the school where students' family members were gathering while he checked hospitals. About three hours after the shooting, he contacted a police officer and friend who told him Jaime was dead. The Guttenbergs eventually went to the hotel to receive official notification 10 hours after the shooting. They were told the news in a crowd of people and were shown little empathy, they said.

"Somehow or another in this process the families became last on this list of what needed to be dealt with," Fred Guttenberg said. "Whatever gets decided needs to start with families first."