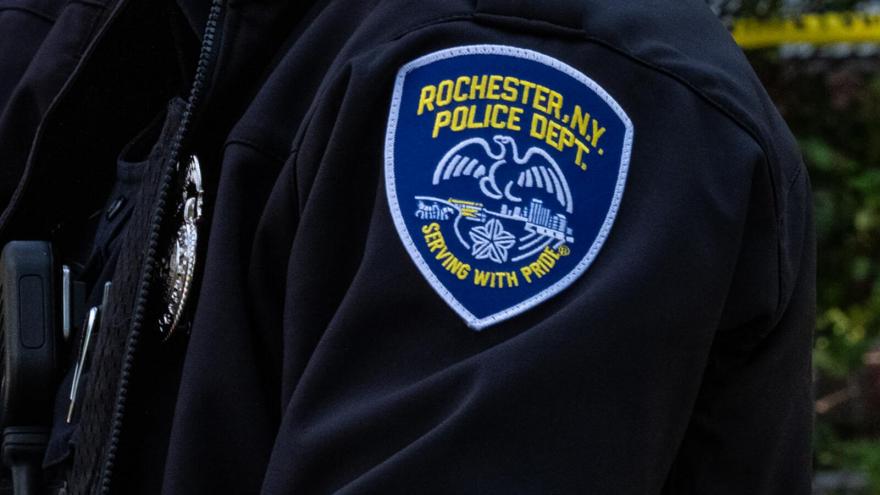 A police officer in Rochester, New York, is on administrative leave and an investigation launched after he shot and killed a man who charged at officers while holding knife.

(CNN) -- A police officer in Rochester, New York, is on administrative leave and an investigation has been launched after he shot and killed a man who charged at officers while holding at least one knife that he grabbed from inside a homeless shelter, police said.

According to police, the man was threatening to harm himself, local newspaper the Democrat & Chronicle reported.

CNN has reached out to the police department for further comment.

The shooting took place as the department faces criticism over several incidents involving its police force, including the death of Daniel Prude, a Black man who was having a mental health crisis last year when officers handcuffed him and covered his head with a "spit sock" after he spat on them, according to body camera footage.

Body camera footage released Thursday by the City of Rochester shows officers retreating more than two blocks as the man walked toward them, shouting at him to drop the knife before an officer opens fire.

The man died from those injuries, according to Rochester Interim Police Chief Cynthia Herriott-Sullivan.

Officers dispatched to a homeless shelter

On Wednesday morning, officers were dispatched to the Open Door Mission homeless shelter following a report of a man who took knives from the kitchen and ran outside of the building, Rochester Interim Police Chief Cynthia Herriott-Sullivan said during a press conference.

The man, who has not yet been identified, was told several times by officers to drop a knife. He made threatening statements to "kill the officers or the officers would have to kill him," the chief said. The man was not known to the staff members who made the 911 call.

The officers retreated over 400 feet, the police chief said, when the man ran toward them outside of the shelter. That was the moment when the officer fired his weapon at least once, striking the man in his upper body, according to Sullivan. He was then transported to a nearby hospital where he was pronounced dead shortly afterward.

The chief said she could not make any conclusive statements on whether the officer's actions were appropriate until the department concludes its internal investigation.

The New York State Attorney General's office and District Attorney Sandra Doorley's office are reviewing the incident and conducting the criminal investigation, Sullivan said. Doorley has asked for the body camera footage not to be released until her review is completed.

"The body-worn camera video is heartbreaking," said Mayor Lovely Warren at the press conference Wednesday. "I trust the chief and her team will do a thorough review and after they do that review, they will come before the community and let them know exactly what transpired here."

What the footage showed

Video shows the shooting from the body cameras of four officers involved in the encounter.

In the video, officers are walking or jogging backward, coordinating traffic closures and trying to create distance while asking the armed man to drop the knife. The armed man walked toward officers for about three minutes, according to the video.

The first arriving officer on the scene, who ended up shooting the man, told his dispatcher the man was cutting himself.

Officers told the man to drop the knife at least 20 times, according to the video.

"Boss, I need you to drop the knife right now," the officer who fired the weapon said.

"Individual has stated he does wish to kill us and he's dangerous," the officer told a dispatcher.

Officers were jogging in retreat before opening fire, according to the video. The man was still alive when officers started rendering aid within seconds of the shooting.

CNN has reached out to the police department for further information. A spokesperson for the union representing officers didn't respond to requests for comment.

'It was too fluid, too dangerous'

The mayor and the chief were both asked whether crisis-intervention specialists, including the Person in Crisis (PIC) team and Monroe County's Forensic Intervention Team (FIT), could have responded to the incident. PIC was launched this year amid calls from the public to provide additional, non-law enforcement responses to people experiencing mental health crises since Prude's death.

Sullivan said the incident occurred within several minutes, which would not have given the mental health response teams enough time to arrive at the scene. Other non-lethal measures such as a bean bag gun were requested but did not arrive on time, according to Sullivan.

"When you have an incident like this where it's a person with a weapon, for their own safety, they're not sent to those calls," she said, referring to PIC. "From what I've seen, it was too fluid, too dangerous, and we would've kept them back anyway."

The mayor said the body camera footage shows several officers engaging with the man and trying to divert his attention and asking for his name.

"I don't know if a social worker asking that question would have changed how he responded," Warren added.

The Rochester Police Accountability Board Chair Shani Wilson released a statement in response to the incident, saying that the PAB cannot comment on the incident until it receives all relevant body-camera footage.

"This latest incident may raise the same questions our community has been asking for months about officer training, RPD culture, and the Person in Crisis Team," the statement reads, adding that it "spotlights the need for immediate attention to our repeated, unfulfilled requests for information."