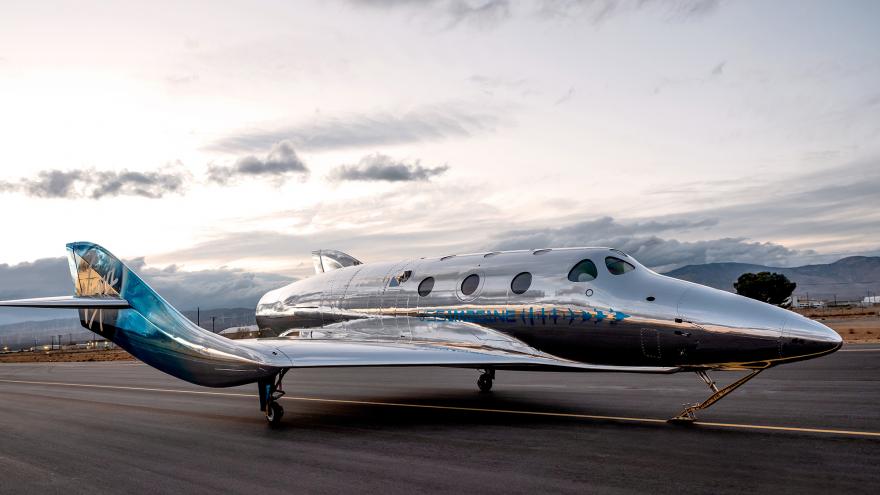 (CNN) -- Virgin Galactic is reopening sales of its $450,000 tickets that get customers a 90-minute joyride aboard an air-launched rocket that brushes the edge of space.

The company already has about 600 reservations from its first round of ticket sales, which priced a trip to suborbital space at about $200,000 to $250,000 per seat. The company announced Tuesday that the tickets will go back on sale February 16, requiring a $150,000 deposit with the full amount due before flight.

During Virgin Galactic's latest earnings call in November, CEO Michael Colglazier said the company had been testing its sales process during the prior few months and had sold about 100 seats at the new $450,000 per-seat price point. The company is working to sell a total of 1,000 seats before it begins commercial operations.

Last July, the company appeared poised to begin commercial operations after it launched company founder Sir Richard Branson to the edge of space. But a report from the New Yorker later revealed that warning lights had gone off in the cockpit during Branson's flight and the space plane had traveled outside its designated airspace for 41 seconds. The Federal Aviation Administration grounded all flights pending a review, which concluded in September and gave Virgin Galactic the all-clear.

The company then announced it was delaying the start of commercial services, citing unrelated technology upgrades. It isn't expected to fly paying customers before this October. At the timeVirgin Galactic went public in 2019, it had been touting plans to start commercial service in 2020.

The ticket sale news caused Virgin Galactic's stock, which took a beating last year after a string of bad news, to pop — notching a more than 30% gain during trading hours Tuesday. Virgin Galactic also announced a logo change, replacing the former design featuring a human iris with a simple, purple outline of its rocket-powered space plane.

Beginning commercial operations, however, has been a moving target for Virgin Galactic. Since the company was founded in 2004, it's faced numerous delays and hangups during its development and testing program.

The company's stock was also battered in January by news that it was raising as much as half a billion dollars in debt. Its shares have been hovering at or below the $10 per share mark ever since — a far cry from its all-time high of $62.80, hit in early 2021.