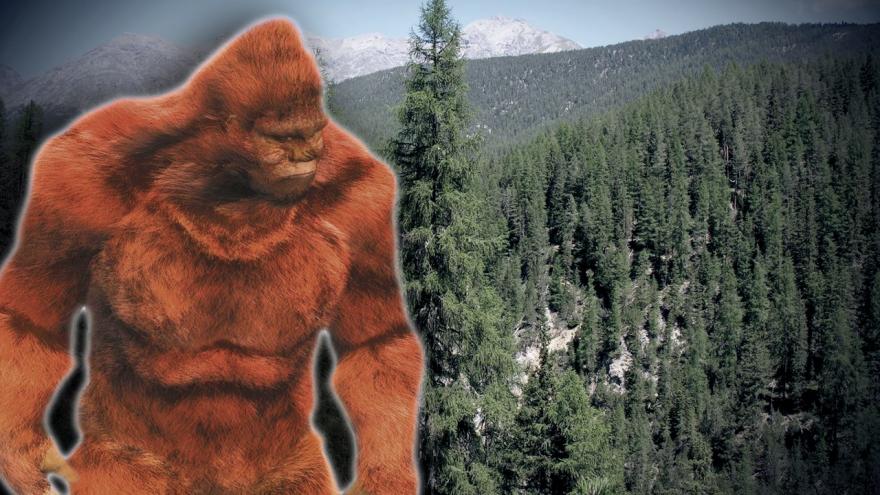 RICHMOND, Va. (AP) — Here's a political attack you don't hear every day — or ever: A Virginia congressional candidate says her opponent is unfit for office because he is a "devotee of Bigfoot erotica."

"This is not what we need on Capitol Hill," Cockburn said in a tweet Sunday. Her posts included pictures from Riggleman's Instagram account showing nude drawings of Bigfoot with his — assuming that the made-up creature is male — genitalia covered with a black rectangle.

"These images are very disturbing, I think everyone should just look at them to see who this candidate is," Cockburn said in an interview.

But Riggleman said allegations that he's into Sasquatch's sex life are big hairy lies from a failing candidate.

Riggleman, an Air Force veteran, said he and his military friends have been interested in people who believe Bigfoot is real for years. He's listed as a co-author of a short online book detailing a Bigfoot hunt in 2006.

The drawings on his Instagram account are jokes, he said. One is from a birthday card from a friend, the other is a mock cover art for a satirical book he's writing called "The Mating Habits of Bigfoot and Why Women Want Him."

Riggleman said he's found Cockburn's attacks "hilarious" and warned that she was in danger of losing support of pro-Bigfoot potential constituents.

"She needs to learn her voters better," Riggleman said, in jest.

Jokes aside, the bizarre back-and-forth over Bigfoot underscores the high stakes in a key race.

Cockburn and Riggleman are competing to represent Virginia's 5th Congressional District, which stretches from northern Virginia to the North Carolina border. Incumbent Republican U.S. Rep. Tom Garrett announced earlier this year that he will not seek re-election to focus on a recovery from alcoholism.

The District is one of four currently GOP-held seats in Virginia that Democrats are bullish on their chances of flipping in this year's election. That would go a long way in helping the party take control of the House. Nationwide, Democrats need to flip 24 seats to take a majority.

Republicans have been targeting Cockburn, a former investigative reporter and political newcomer, for months. Because of a 1991 book she wrote criticizing the U.S.'s relationship with Israel, opponents have called her anti-Semitic. She denies that claim.