'Voice behind the violence': English-speaking narrator of ISIS propaganda videos arrested and charged by Justice Department 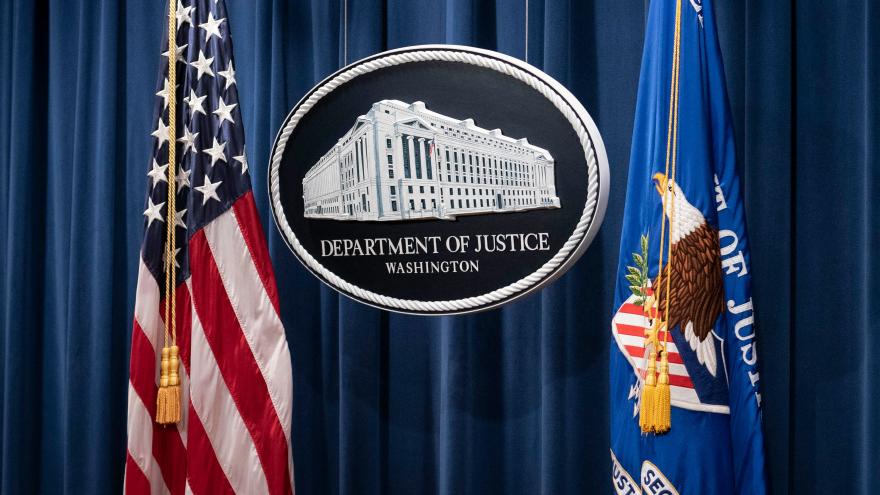 (CNN) -- An English-speaking narrator of ISIS recruitment videos is in custody in the US and charged with conspiring to help the terrorist organization, the Justice Department announced Saturday.

Mohammed Khalifa, a 38-year-old Saudi-born Canadian citizen, was captured by Syrian Democratic Forces in January 2019 following a firefight in which he was throwing grenades. Khalifa was recently transferred to the FBI, a DOJ statement said.

The acting US Attorney for the Eastern District of Virginia, Raj Parekh, called Khalifa the "voice behind the violence."

"Through his alleged leading role in translating, narrating, and advancing ISIS's online propaganda, Khalifa promoted the terrorist group, furthered its worldwide recruitment efforts, and expanded the reach of videos that glorified the horrific murders and indiscriminate cruelty of ISIS," Parekh said in the statement.

Khalifa allegedly had worked with the terrorist organization for about six years after traveling to Syria in 2013 to become a foreign fighter and worked in its English Media Section, narrating and translating for propaganda. In all, Khalifa translated and narrated about 15 ISIS videos, including two widely seen violent videos titled "Flames of War," the Justice Department said. He admitted to the FBI in March 2019 that he was the narrator of the 2014 and 2017 "Flames of War" videos, according to the criminal complaint that was unsealed Saturday.

"While many Americans are aware of the brutal and violent crimes committed by many ISIS actors, ISIS' efforts to radicalize individuals to travel to Syria and commit violence on its behalf were equally horrendous," Steven D'Antuono, a top official in the FBI's Washington field office, said.

Jason Kung, a spokesperson for Global Affairs Canada, said in a statement the Royal Canadian Mounted Police is aware the US has Khalifa in custody "and that he will be facing charges."

The statement continued: "Since this matter is before the United States Courts, the RCMP is unable to discuss the matter. Global Affairs Canada is in contact with local authorities to gather additional information. Due to privacy considerations, no further information can be disclosed."

Khalifa spoke about his decision to leave Canada to fight in Syria in a 2019 interview with the Canadian Broadcasting Company.

"I figured that if they knew that I was going to go and fight in Syria they'd try to stop me," Khalifa said in the interview, according to the criminal complaint against him. "I had a normal life back in Canada. I was doing very well for myself and I decided to give it up knowing where I was coming, knowing what I was sacrificing in the process."

He had told his family he was going to Egypt, but later acknowledged he wanted to "join the mujahideen fighting against Bashar and the Syrian army," federal authorities said, citing an email Khalifa sent in 2013.