Volunteers harvest hundreds of acres for farmer who unexpectedly died 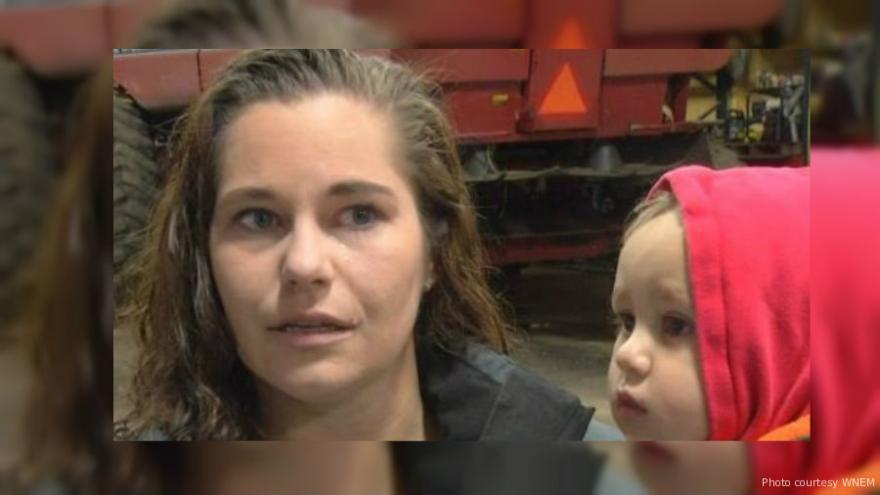 Michigan (WNEM) -- A community comes together to help one of their own in a time of tragedy.

Along with dealing with the loss, there were hundreds of crops that needed harvesting.

So a group of farmers and volunteers got to work and got it done.

Humm just recently lost her husband Josh to a heart attack. He was only 38-years-old.

The couple has two kids with another on the way.

“He was a good dad and it’s not fair they’re going to have to grow up the rest of their lives without him,” Humm said.

The Humms own a farm in rural Gratiot County.

She says Josh was in the middle of the harvest when he died. That’s when the community came in to lend a hand.

“I can’t even explain my gratitude,” Samantha said.

There were hundreds of acres of yield that needed to be gathered.

An army of volunteers, like Steve Gulick, took care of that.

“What would’ve took him 10 full long days to get done was accomplished in six hours,” Gulick said.

Gulick says he’s known Josh since he was a baby.

“That’s the reason everybody came out was because of how he lived his life. He’d have been the first one to be right there for somebody else,” Gulick said.

“To see all those guys volunteer their time, set aside their own acres and their own crops that are sitting in the field, to come out and help us that day it was awesome,” Lee said.

He says people came from all over the area to help out. Not looking for attention or praise, he says they just wanted to help.

“They did this out of the kindness of their hearts and you know I’m going to be eternally thankful, we all are,” Lee said.

Samantha Humm says she’ll continue to live life minute by minute, saying she’s not sure what the future holds for the farm.

But she is grateful for all those who helped harvest this year’s crop.

“I couldn’t even begin to say enough. Thank you is not, not enough,” Samantha said.