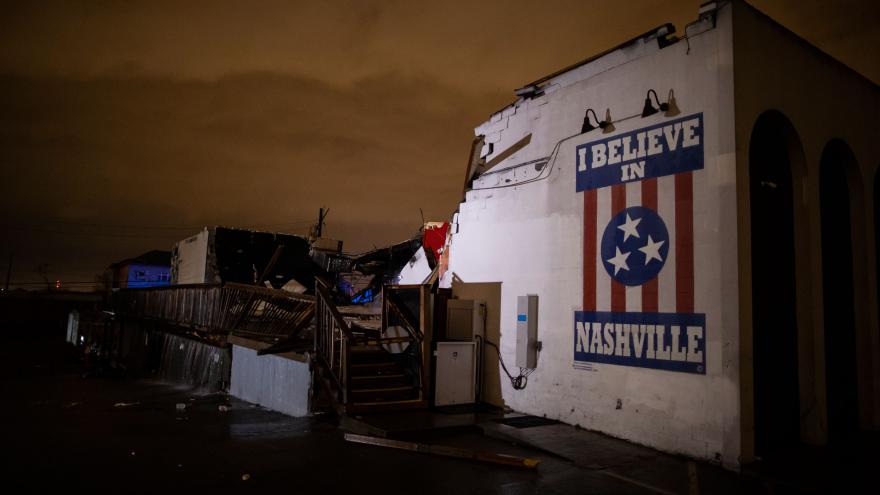 (CNN) -- A county judge on Tuesday ruled that all polling locations in Davidson County, which includes Nashville, will stay open an extra hour beyond the scheduled closing at 7 p.m. local time.

The ruling came swiftly after a lawsuit was filed by the Democratic Party and the four top presidential campaigns to extend voting after storm damage delayed opening of polls in Nashville.

"This is a victory for all voters and this decision will ensure that everyone has the opportunity to participate in this historic election," Mary Mancini, TNDP Chair said following the ruling.

The state said the extension would delay reporting of early results from Davidson County until after the closing.

Central Tennessee was hit by at least one tornado that raked Nashville and the region. At least 25 people were killed and the storms left numerous homes and other buildings in ruins across several counties, and left tens of thousands of people without power and hundreds at least temporarily looking for another place to live.

In Nashville, 48 buildings collapsed, others were damaged and about 150 people have been taken to hospitals because of the storm, Mayor John Cooper said.

Separately, North Carolina election officials on Tuesday also decided to extend voting hours at certain locations. The state board of elections voted unanimously to extend voting at the Snakebite precinct in Bertie County after reports that a printer malfunctioned at the precinct in the early morning hours.

Extended voting to accommodate problems in a second county, Forsyth, prompted the state to delay result reporting statewide. The state said all North Carolina results will be held until 8:10 p.m. ET, following protocol that results are held until all polls are closed across the state.