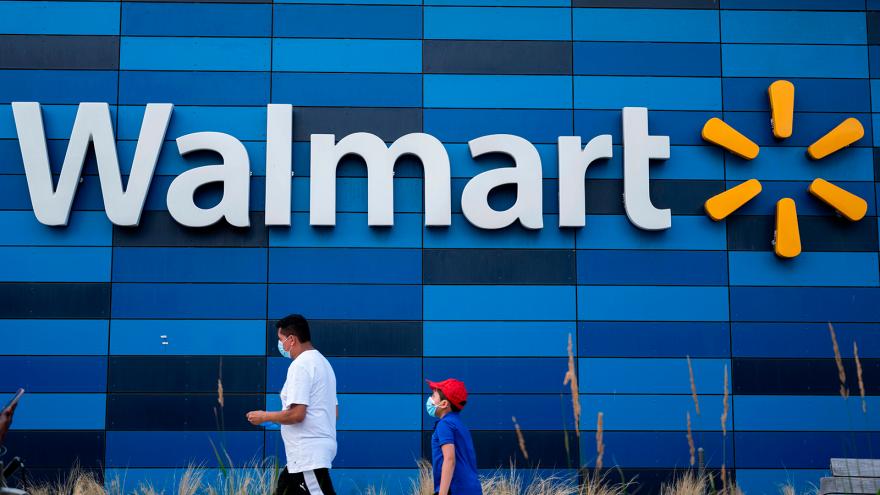 Andrew Caballero-Reynolds/AFP/Getty Images-A man and child wearing facemasks walk in front of a Walmart store in Washington, DC. Walmart is returning firearms and ammunition to store shelves after the retail giant removed the products in some of its US stores as a \"precaution.\"

(CNN) -- Walmart is returning firearms and ammunition to store shelves after the retail giant removed the products in some of its US stores as a "precaution" in response to protests in Philadelphia that followed the police shooting of Walter Wallace, Jr.

"After civil unrest earlier this week resulted in damage to several of our stores, consistent with actions we took over the summer, we asked stores to move firearms and ammunition from the sales floor to a secure location in the back of the store in an abundance of caution," said Kory Lundberg, a Walmart spokesperson. "As the current incidents have remained geographically isolated, we have made the decision to begin returning these products to the sales floor."

The decision comes just days before the presidential election and as several businesses across the country begin to prepare for possible post-election unrest by boarding up store windows.

Concurrently, gun and ammunition sales have surged by an unprecedented amount during the pandemic. Gun retailers and industry analysts say the pick up in firearm and ammo purchases during an election year is normal, citing fears that a Democratic president could lead to restrictions on gun ownership.