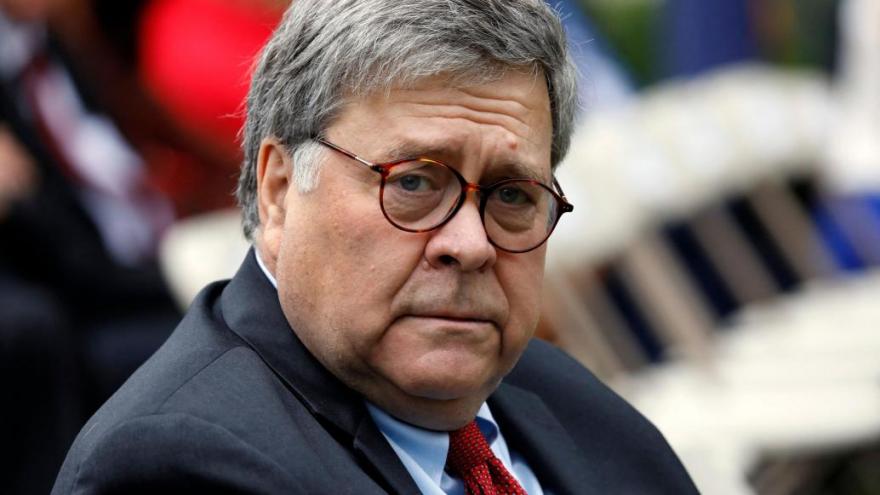 The US attorney tasked by Attorney General William Barr to review instances of "unmasking" done around the 2016 election has completed the probe without bringing any charges, people familiar with the matter told The Washington Post.

(CNN) -- The US attorney tasked by Attorney General William Barr to review instances of "unmasking" -- the practice of releasing the names of American citizens who are caught up in National Security Agency foreign intelligence reports -- done around the 2016 election has completed the probe without bringing any charges, people familiar with the matter told The Washington Post.

While Republicans for months have hyped the Obama-era unmasking requests as an enormous scandal, John Bash found no evidence of substantive wrongdoing in his investigation, which has concluded without a public report, the Post said. Bash left his role with the Justice Department last week.

The Justice Department declined to comment to CNN about the report.

The quiet end to the probe caps a months-long effort that added the weight of a senior federal prosecutor behind an issue that President Donald Trump had seized on to underpin unfounded allegations about former President Barack Obama.

The investigation was announced in May after then-acting Director of National Intelligence Richard Grenell declassified a list of names of former Obama administration officials who allegedly had requested the "unmasking" of the identify of Trump's first national security adviser, Michael Flynn. The names of American citizens in NSA foreign intelligence documents are always redacted, but certain government officials have the authority to request to have the names unredacted, or unmasked.

Senate Republicans later released the list, which named Obama administration officials who "may have received" Flynn's identity in NSA intelligence reports after requests to unmask Americans.

At the time, Trump hyped the list as "a massive thing" to reporters and Sen. John Cornyn, a Texas Republican, even told Fox News it amounted to the "biggest thing since Watergate."

The Trump campaign also quickly issued a statement attacking former Vice President Joe Biden for being listed in the memo, though Biden campaign spokesman Andrew Bates said that the declassified documents "simply indicate the breadth and depth of concern" about Flynn's conduct.

The Republican senators who released the documents -- Senate Homeland Security Chairman Ron Johnson of Wisconsin and Sen. Chuck Grassley of Iowa -- said they weren't alleging Biden had committed any wrongdoing but argued the information presented questions to which they wanted answers.

While US citizens' names are required to be kept secret in intelligence reports, senior officials have the ability to ask for names to be revealed in certain circumstances to better understand the reports. In the past, some Obama officials have acknowledged requesting that people be identified but have said there were legitimate reasons.

On its own, the list of names does not prove any wrongdoing. Unmasking requests are a routine part of intelligence work, and there's no evidence that the requests were made for political purposes. The NSA said in its declassified memo disclosing the names that all of the officials had the authority to view the reports and the agency's standard procedures had been followed.

Despite Trump's repeated efforts to cite unmasking as evidence of wrongdoing by Obama and his administration, the level of unmasking has increased under the Trump administration.

There were more than 10,000 unmaskings last year and nearly 17,000 in 2018, according to the Office of the Director of National Intelligence's Statistical Transparency reports. There were 9,529 in 2017, Trump's first year in office.