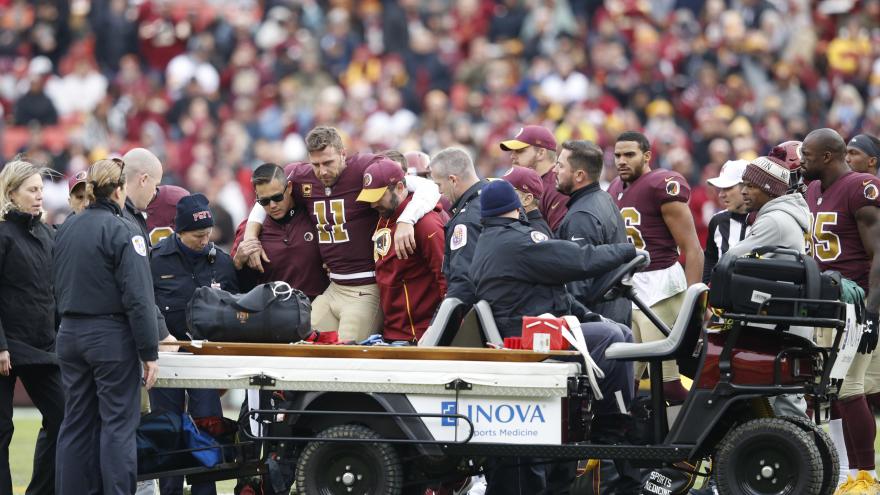 Smith sustained the injury after being sacked against the Houston Texans in November 2018 and has since undergone 17 surgeries after suffering a spiral and compound fracture to his right tibia and fibula.

He was left fighting for his life after contracting sepsis -- the body's life-threatening response to infection -- and nearly had to have his leg amputated.

But the 36-year-old was last week removed from the NFL's physically unable to perform (PUP) list and is targeting a return to the field.

"I still have dreams of getting back to where I was and getting back out there," Smith told the Washington Football website.

"This has been, obviously, a crazy ride with a lot of unforeseen turns, but without a doubt that's still my goal."

Smith's recovery from injury was documented in "Project 11," an hour-long program that aired on ESPN earlier this year.

His family celebrated the news of his return to training on Saturday by dousing him in champagne as he returned home.

Smith, who played for the Kansas City Chiefs before joining Washington in 2018, will now compete against Dwayne Haskins and Kyle Allen to be the team's first-choice quarterback.

"We notice that he is getting stronger and stronger, his movements are all coming back," Washington head coach Ron Rivera said on August 10.

"He's been tremendous right now and we expect him to continue to develop and grow. When the moment's right, at the appropriate time we'll make our decision."

The new NFL season is set to begin on September 10 and at least 66 players have already opted out over coronavirus concerns.

Organizers have ruled out a league bubble -- as has been implemented in the NBA and NHL -- which means players will be able to travel freely between games and practice.