Waukesha held a moment of silence Sunday, one week after a man plowed a vehicle through a Christmas parade 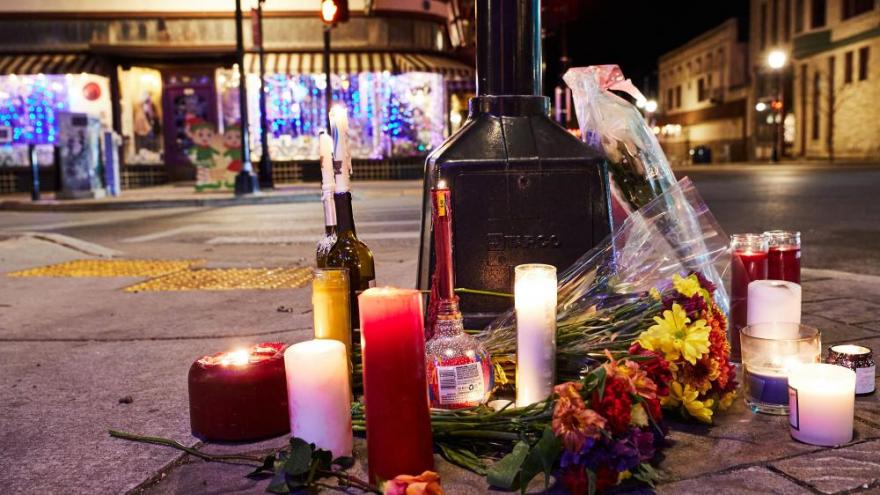 The city of Waukesha, Wisconsin, will hold a moment of silence and light the city up in blue, marking one week since a man drove a vehicle through a city Christmas parade, killing six people and injuring scores of others.

(CNN) -- The city of Waukesha, Wisconsin, held a moment of silence and lit the city up in blue Sunday, marking one week since a man drove a vehicle through a city Christmas parade, killing six people and injuring scores of others.

"From the very first moment, our community has come together to help those suffering, and we will continue to do so," Mayor Shawn Reilly said in brief remarks.

"Our response during the past week and in the future will show that those who care vastly outnumber those who do not, and that evil will not triumph," he said. "We will grieve as a community and we will heal as a community."

Residents are also encouraged to light a blue light outside their homes to be left up throughout the holidays. A limited supply of blue light bulbs are available for those who need them, officials said.

More than 60 people, 18 of whom were children, were injured last Sunday, November 21, when a driver plowed an SUV through the city's Christmas parade in downtown Waukesha. Six people, including an 8-year-old boy, were killed.

As of Sunday afternoon, seven children remained hospitalized at the Children's Hospital of Wisconsin, according to a hospital news release. Three children have been discharged since Wednesday.

Three children remain in serious condition, three are in fair condition and one is in good condition, the release said.

Authorities identified the suspected driver as Darrell E. Brooks, 39, of Milwaukee. Prosecutors have charged him with five counts of first-degree intentional homicide and will consider a sixth homicide charge over the death of the 8-year-old boy, who passed away last Tuesday.